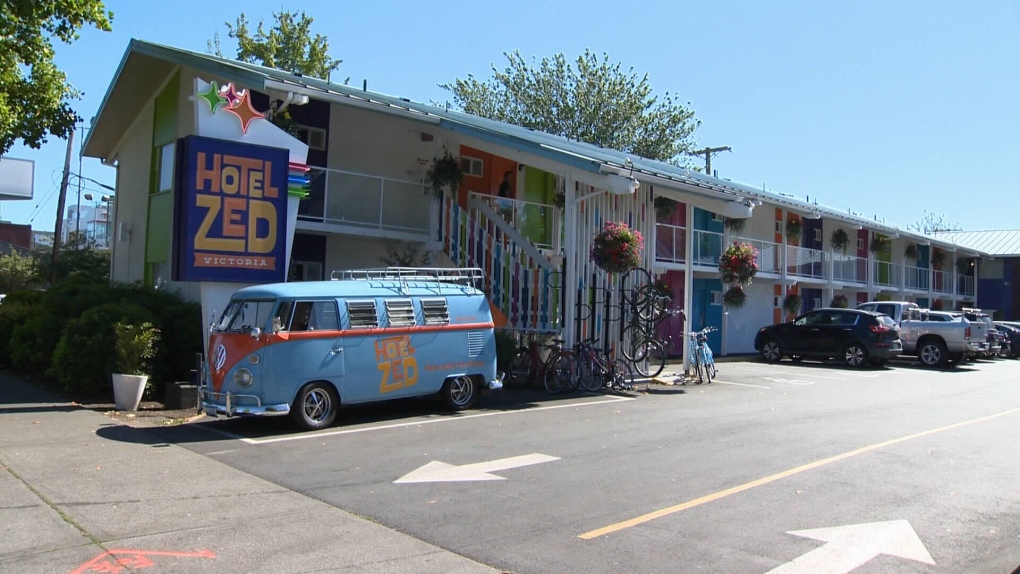 Investigators say they had a second encounter with a mother the day before her toddler was found dead in a downtown Victoria hotel over the weekend.

Officers spoke with the woman once more after witnesses reported concern over her “loud praying and actions” inside a Quadra Street mosque Friday, according to Victoria Police spokesman Const. Mike Russell.

Investigators have talked to all of the witnesses inside the mosque at the time.

Earlier in the day, witnesses called police to report similar strange behaviour from the mother at Clover Point near Dallas Road.

In that incident, she was with a three-year-old girl and the now-deceased 19-month-old boy.

Police have appealed for any other witnesses who were at Clover Point Friday to come forward.

The investigation comes after police found the toddler dead in a room at Hotel Zed in the 3100-block of Douglas Street at around 4 a.m. on Saturday.

The distraught mother and her young daughter were taken to hospital for medical treatment, though it’s not clear whether they suffered injuries.

B.C.’s children’s watchdog confirmed Monday the family, who have not been identified, had an open file with the Ministry of Children.

But that doesn’t necessarily mean it was for a concerning reason, according to Mary Ellen Turpel-Lafond, who said she’s in the early stages of a case review.

The toddler’s cause of death has not been confirmed and police aren’t saying whether the death is considered suspicious.

A joint investigation by Victoria Police, the Vancouver Island Integrated Major Crime Unit and the BC Coroners Service is ongoing.