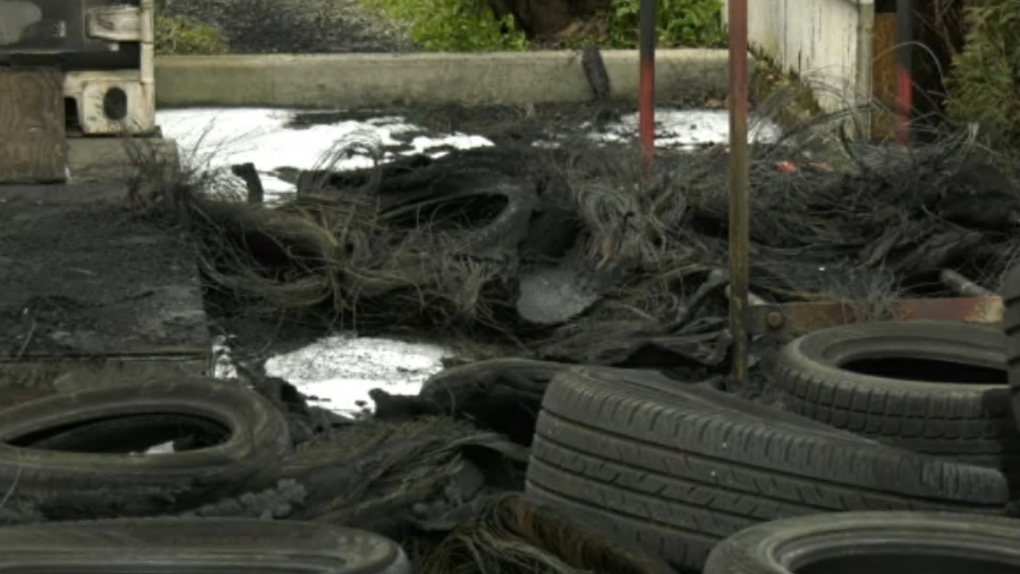 When they arrived, firefighters saw "heavy black smoke" and flames coming from the back of the station, where several tires had caught fire. (CTV)

VANCOUVER -- Police are investigating a suspicious fire that broke out at a gas station in Victoria early Sunday morning.

Victoria police said in a news release that the blaze behind the Petro Canada station in the city's Fairfield neighbourhood has been deemed arson.

Fire crews were called to the gas station in the 1600 block of Fairfield Road, near Hollywood Park, around 2:30 a.m.

When they arrived, firefighters saw "heavy black smoke" and flames coming from the back of the station, said Battalion Chief Gord Taylor of the Victoria Fire Department.

The smoke, it was soon determined, was coming from tires that had caught fire.

No one was injured in the blaze, and Taylor said the shop at the station was not damaged. That said, the residential setting and the proximity to highly flammable fuel was a concern.

Police are asking anyone who was in the area late Saturday night or early Sunday morning - or who has video of the area from that time - to call the Victoria Police Department's non-emergency line at 250-995-7654. Tips about the incident can also be provided anonymously via Crime Stoppers at 800-222-8477.