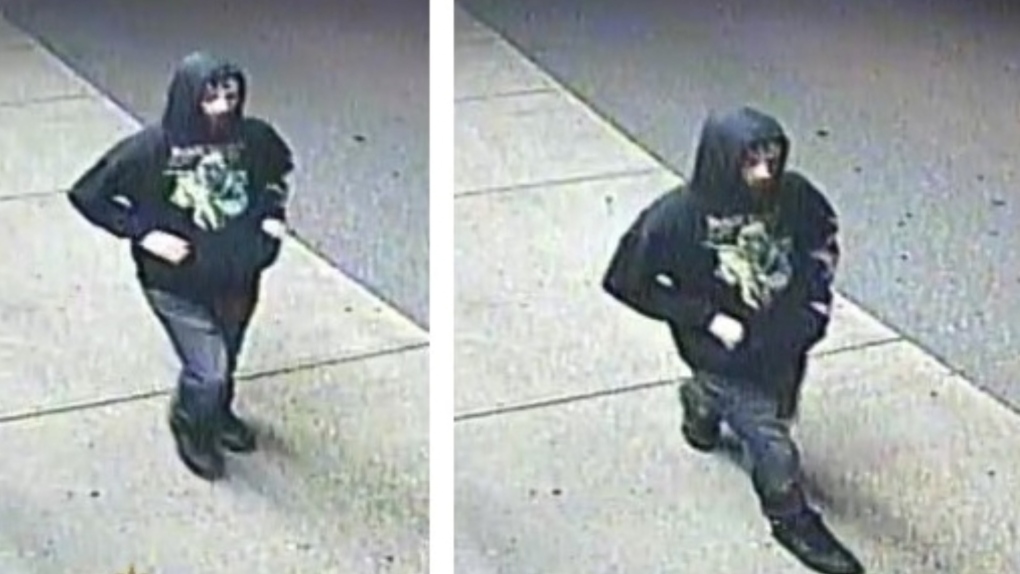 Mounties on Vancouver Island are asking the public for help identifying a man suspected of stabbing a store clerk in Courtenay Friday night before stealing money and cigarettes. (Comox Valley RCMP)

VANCOUVER -- Mounties on Vancouver Island are asking the public for help identifying a man suspected of stabbing a store clerk in Courtenay Friday night before stealing money and cigarettes.

The incident occurred around 8:20 p.m. at a business in the 1000 block of Ryan Road in Courtenay, according to a news release from Comox Valley RCMP.

Police said the man entered the store, approached the victim and stabbed her. A coworker came to her aid while the suspect grabbed the money and cigarettes and fled, police said.

“Our frontline officers were at the scene in less than three minutes," said Comox Valley RCMP spokesperson Const. Monika Terrangi in the release. "However, the suspect fled through the front door of the business and was last seen running through the parking lot behind the Mex Pub and Washington Inn Apartments."

Terrangi said police are confident people who were in the area at the time will recognize the man or may have seen him after he left the store.

Police describe the suspect as a white man in his 20s with a thin build. He stands taller than 5'9" and was wearing a cloth face mask, blue jeans and - possibly - a black "Iron Maiden" hoodie with white writing down the left arm, police said.

The Comox Valley RCMP's Major Crime Unit is investigating the robbery. Anyone with information or video from the scene is asked to call the Comox Valley RCMP at 250-338-1321. Tips can also be provided anonymously through Crime Stoppers at 800-222-8477.

VIDEO: My colleague @CTVNewsAlanna is working on the story of a robbery and unprovoked attack that occurred last night in Courtenay. This is the suspect outside of the Mex Liquor Store prior to the incident. Story tonight on @CTVNewsVI pic.twitter.com/hCZVsgVCLq