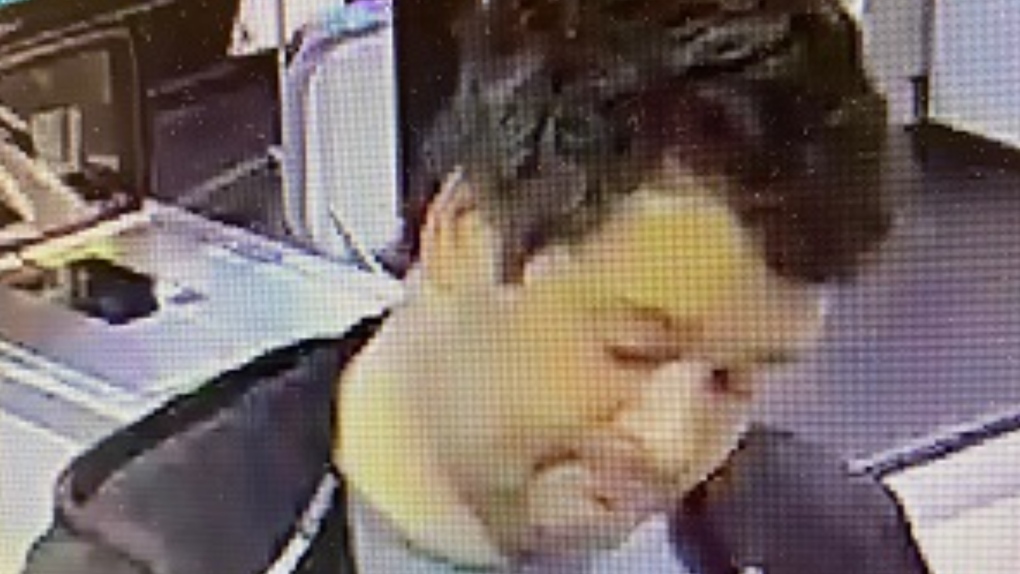 Nanaimo RCMP are looking to identify this man who's believed to have been involved in an assault this summer. (Nanaimo RCMP)

Mounties in Nanaimo, B.C., are asking the public to help identify a man who's believed to have attacked another man in July.

Police say the assault occurred around 6 p.m. on July 23 at the Thrifty Foods in Port Place Mall.

At the time, witnesses told police the suspect was waiting in line to pay for groceries when he cut in front of a senior.

Another man called out his behaviour, prompting the suspect to turn and punch the man several times in the head, according to the RCMP.

The suspect then fled the area before police arrived. Mounties say the victim declined medical treatment following the attack.

"The investigator is hoping that by releasing the image to the public, the suspect will be identified," said the Nanaimo RCMP in a release Monday.

Anyone with information on the man's identity is asked to call the Nanaimo RCMP non-emergency line at 250-754-2345.

The organization regulating medical care and services in Manitoba is apologizing for racism directed towards Indigenous people when accessing health care in the province.