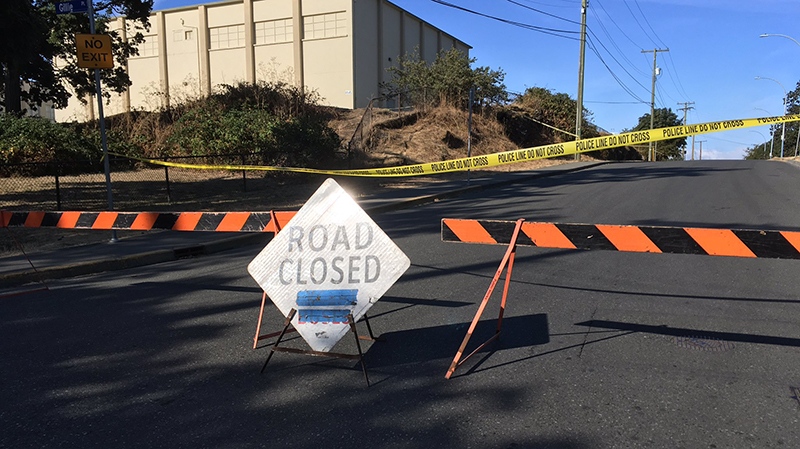 Police performed a grid search on a cordoned-off stretch of Topaz Avenue in an investigation into a suspicious death Thursday, Aug. 24, 2017. (CTV Vancouver Island)

As an investigation into a mysterious death continues at a Victoria school, police say there’s nothing to indicate the public is at risk.

Investigators haven’t released many other details after a body was found at S.J. Willis Tuesday afternoon.

Part of the school grounds have remained behind police tape since then, and on Thursday police were seen performing a grid search on a cordoned-off stretch of Topaz Avenue.

The Vancouver Island Major Crime Unit and detectives from Victoria police are probing the death, which has been deemed suspicious.

VIIMCU, which probes murders and missing persons cases involving foul play, said it was reported as a sudden death.

“It's very early in the investigation but at this time there is nothing to indicate that the public is at risk,” said Cpl. Tammy Douglas, spokeswoman for RCMP Island District. “Officers are working diligently to process the scene.”

The BC Coroners Service is also working to help determine the identity and cause of death of the deceased person.

The Greater Victoria School District said it was aware of the active investigation and confirmed no students were involved.