VICTORIA -- Police and volunteer rescuers are searching for a man who went missing from a Saanich mental health facility three weeks ago.

Saanich police say officers have been “working around the clock” to find 34-year-old Sean Hart, who disappeared from the Seven Oaks Tertiary Mental Health Facility on Blenkinsop Road on Nov. 6.

Police detectives and uniformed officers have been searching and soliciting tips from the public but Hart remains missing Thursday.

Police say Hart “is known to walk great distances, often without shoes on,” and officers have involved volunteer rescuers with the Peninsula Emergency Measures Organization to search in Greater Victoria and beyond. 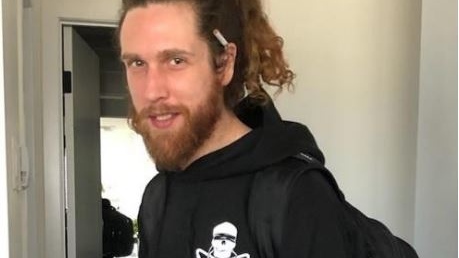 Sean’s mother, Penny Hart, has flown to Victoria from Calgary to assist in the search.

“His family is very concerned for his well-being and we are working with them as well as additional resources to make every effort possible to locate Sean,” said Saanich police in a statement Thursday.

Hart is described as a white man standing 6’ tall. He is very thin, with blue eyes, long curly reddish-brown hair and was last seen dressed in black.

Anyone who sees Hart is asked to keep an eye on him and call 911 without approaching him. He requires immediate medical attention to treat schizophrenia, according to police.