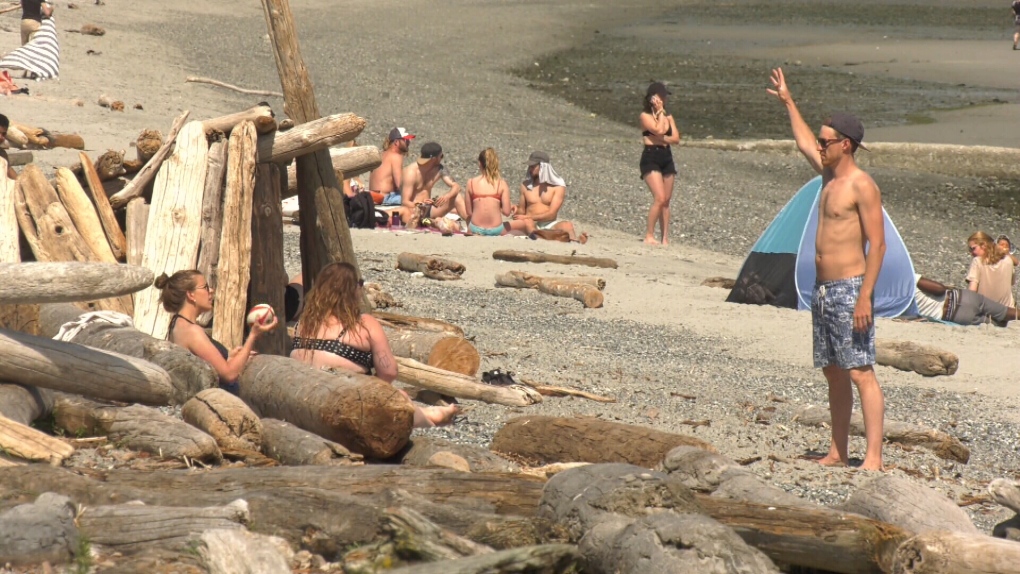 Police are reminding people that beach bonfires are not allowed in Victoria after receiving multiple complaints Friday night about parties near Dallas Road. (CTV)

VANCOUVER -- Police are reminding people that beach bonfires are not allowed in Victoria after receiving multiple complaints Friday night about parties near Dallas Road.

In a tweet, Victoria police said they received several reports of gatherings and fires on beaches.

“The careful relaxing of some health restrictions after May long weekend doesn’t mean you can have a bonfire party on the beach,” police said in the tweet.

The problem isn’t only a lack of appropriate physical distancing, but also the risk of fires getting out of control.

On Thursday, Campbell River firefighters found an abandoned campfire beside a tent, which grew into a brush fire.

“About a 15-minute walk in off the end of the road they came across an abandoned campfire and no one around,” said fire chief Thomas Doherty. “It spread a fair bit from the campfire.”

Crews took two-and-half hours to extinguish the blaze, which spread to about 100 feet in size.

“It’s quite concerning, especially as we are coming into a fairly warm, dry spell,” said Doherty.

Even though Vancouver Island is known as the “wet coast” and the fire danger is low at this time, there is a still a risk of fires.

“There is a lot of dead fuel lying on the ground,” said Doherty. “This time of year we do see a spike in brush fires and with the population going into the backwoods I don’t think they’ve connected the dots … it’s quite dry out there. It is not always that wet and damp in the bush.”

Each year, the start of the wildfire season seems to come earlier, according to Doherty.

“If you are out for a daytime trip and have a recreational fire, keep it down in size and make sure it is fully extinguished before you leave the site,” he said.

The province is also urging people in B.C. to be careful and prevent house fires, saying there has been an increase in reported fire-related fatalities since Jan. 1.

Between the start of the year and April 30, a total of 15 people have died from fires in B.C. During the same period last year, there were just five deaths.

"My thoughts go out to the families and communities impacted by these tragic deaths," said Jennifer Rice, parliamentary secretary for emergency preparedness, in a news release.

"We all have a role to play in keeping each other safe. This week is Emergency Preparedness Week, and as people remain close to home during COVID-19, it's an opportunity to test our smoke alarms and practice our home fire escape plans. It could save a life."

People are being asked to never leave cooking unattended, encourage people to smoke outside and make sure their smoke alarms work.