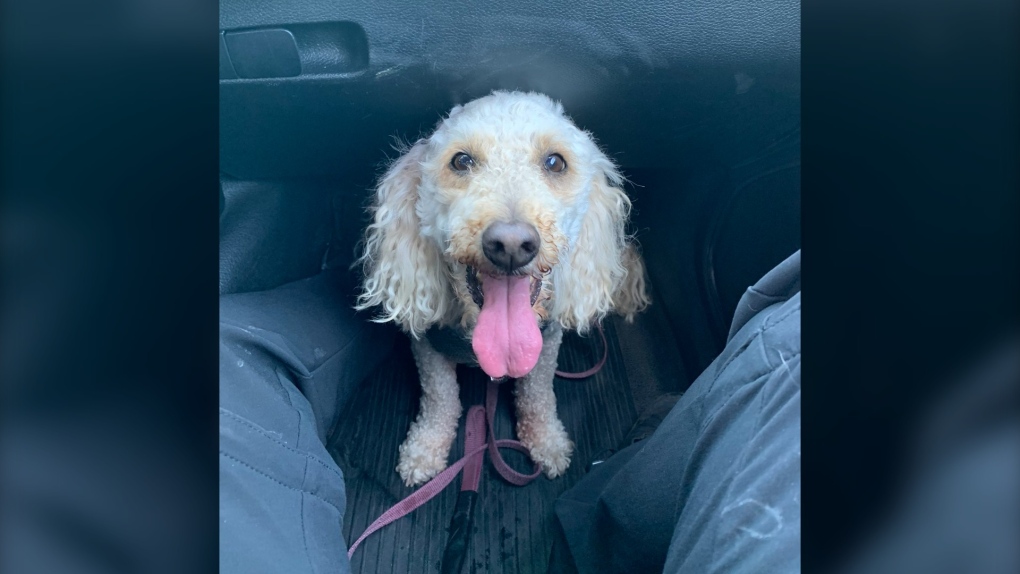 Victoria police followed up their initial tweets with a photo of one of the rescued animals. (Twitter/@vicpdcanada)

VANCOUVER -- As the weather warms up and summer approaches, police in B.C.'s capital are reminding people not to leave dogs in parked vehicles, even with the windows cracked.

While the temperature in Victoria was only 16 C on Friday, Victoria police said they were called to different incidents involving dogs left in hot cars.

In a series of tweets, the Victoria Police Department shared details of the calls, both of which involved animal control officers and one of which ended in the seizure of a dog.

The first call involved two distressed dogs inside a vehicle that had its windows open slightly, police said, noting that - even with the windows open - the vehicle's interior temperature registered 47 C.

Elsewhere in the city, police said, officers were called to deal with a poodle found hiding under the steering column of a vehicle, "panting and yelping" and "desperate for shade."

"A dog's temperature rises more quickly than (a human's)," police said in their tweets. "A hot car puts their life in jeopardy."

Victoria police followed up their initial tweets with a photo of one of the rescued animals.

We don’t always make a new friend when we respond to calls, but something tells us we did yesterday. @ics_k9 how long until training camp? #yyj https://t.co/zdayEyP2pL pic.twitter.com/6IwqEBzLVQ