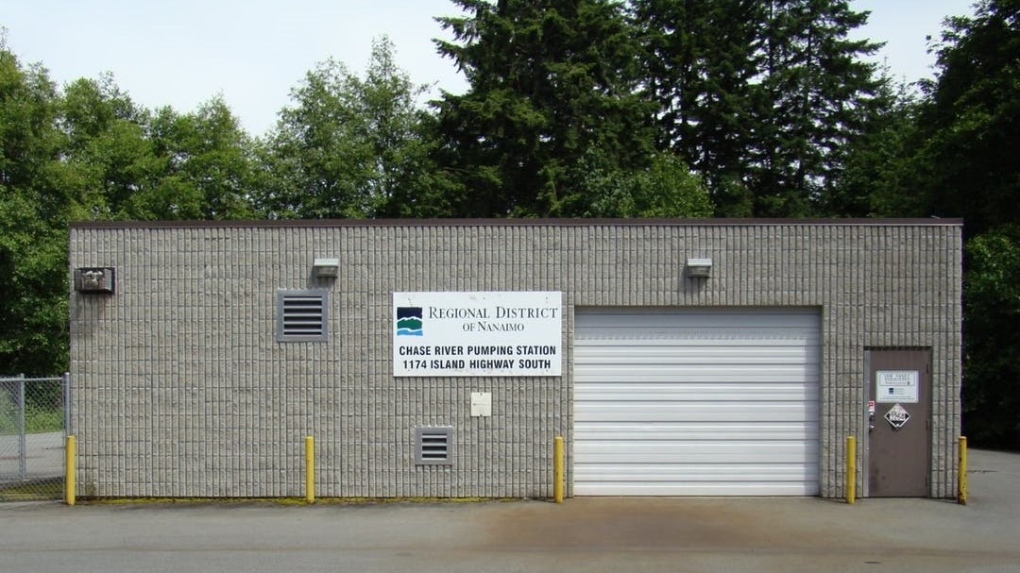 The Chase River Pump Station is seen in this photo from the Regional District of Nanaimo.

VANCOUVER - Mounties in Nanaimo are investigating a suspicious fire that damaged a sewer pipe slated for installation in the city.

The incident occurred in an area that had been excavated for the Chase River Pump Station and Haliburton Street Sanitary Sewer Forcemain upgrades project -- a joint effort of the City of Nanaimo and the Regional District of Nanaimo.

The fire damaged the sewer pipe that was being installed, according to a release from Bill Sims, general manager of engineering and public works for the City of Nanaimo. The installation of a new pipe and full repaving of the road has been delayed for an unknown period of time, while crews attempt to acquire replacement materials, Sims said.

He said the road would be reopened to traffic with a gravel surface as soon as feasible, with crews aiming to have it done before the end of the day Friday.

The sewer upgrades project is intended to increase pumping capacity at the Chase River Pump Station, as well as replace a sewer pipe that was installed in 1980. Work on the project began Sept. 3 and is expected to continue until May 31, 2020.