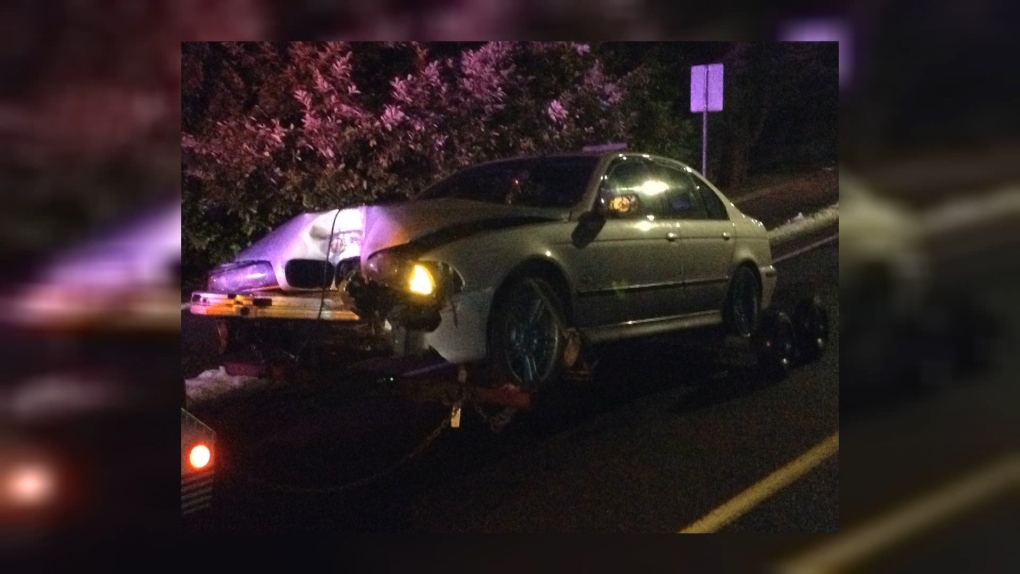 The single-vehicle collision happened sometime before 2:15 a.m., according to Saanich police, who said they learned of the incident when passersby called it in.

VANCOUVER -- Police in Saanich are investigating after an early morning crash that sent one person to hospital with minor injuries Sunday.

The single-vehicle collision happened sometime before 2:15 a.m., according to Saanich police, who said they learned of the incident after passersby reported seeing a silver BMW with its hood smashed in near the intersection of Cordova Bay Road and Temple Avenue.

A nearby utility pole was also damaged, police said.

Officers responded to the area and eventually located the vehicle's registered owner, who was taken to hospital with minor injuries, police said. They said they suspected that another occupant of the vehicle fled the scene before officers arrived.

Police are investigating the circumstances that led to the crash. They ask anyone who witnessed it or has information about it to call Saanich police at 250-475-4321. Tips can also be provided anonymously through Crime Stoppers at 800-222-8477.