Police investigating after truck with Texas plates vandalized in Victoria 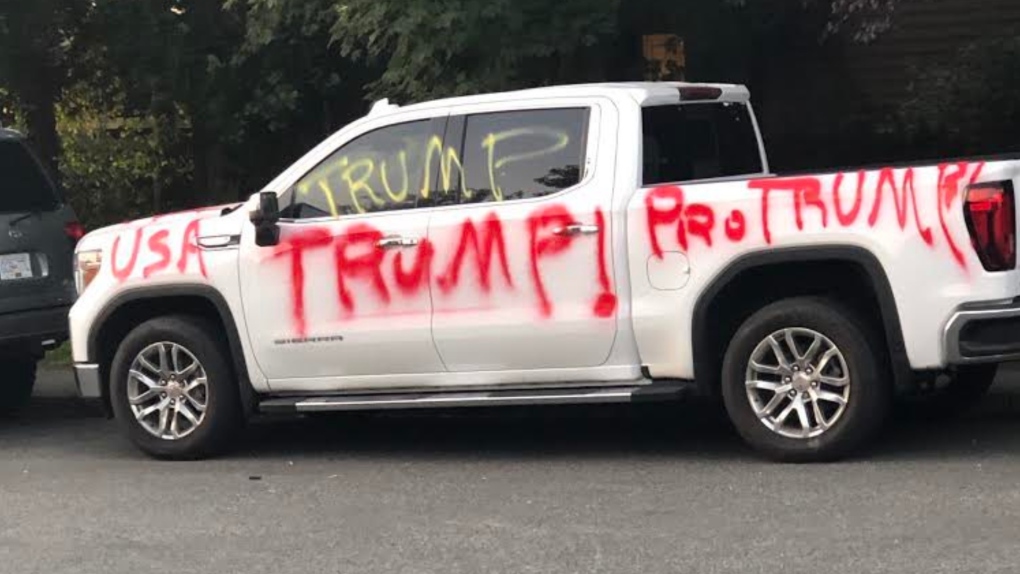 The owner of the truck's son says the vehicle has been in Victoria for nearly three months, and that the owner is a Canadian citizen: (Jonathan Vidalin / Twitter)

VICTORIA -- Police are investigating after a pickup truck with Texas licence plates was the target of serious vandalism Thursday.

Victoria resident Jonathan Vidalin said in a social media post that his father’s truck, which has been on the island for the past three months, had its windshield smashed, its licence plates stolen and had graffiti plastered across it.

Much of the graffiti is related to U.S. President Donald Trump. Vidalin says that his father, who is in Victoria to help look after his new grandchild, is a Canadian citizen and isn’t even able to vote in the U.S.

“He has been here for almost three months visiting family and helping us out. My wife and I just had a baby – his first grandchild and we just moved,” he added.

Victoria police say they are investigating the vandalism and replied to Vidalin’s social media post saying that they would respond “as soon as we are able.”

Victoria police Chief Del Manak added that he was “sorry this happened” and promised that VicPD would do all it could to find the person or people responsible.

“Come on Victoria, someone knows something,” said Manak. “Please call us with your tips.”

Support for Vidalin and has father has poured in since the social media post first went online.