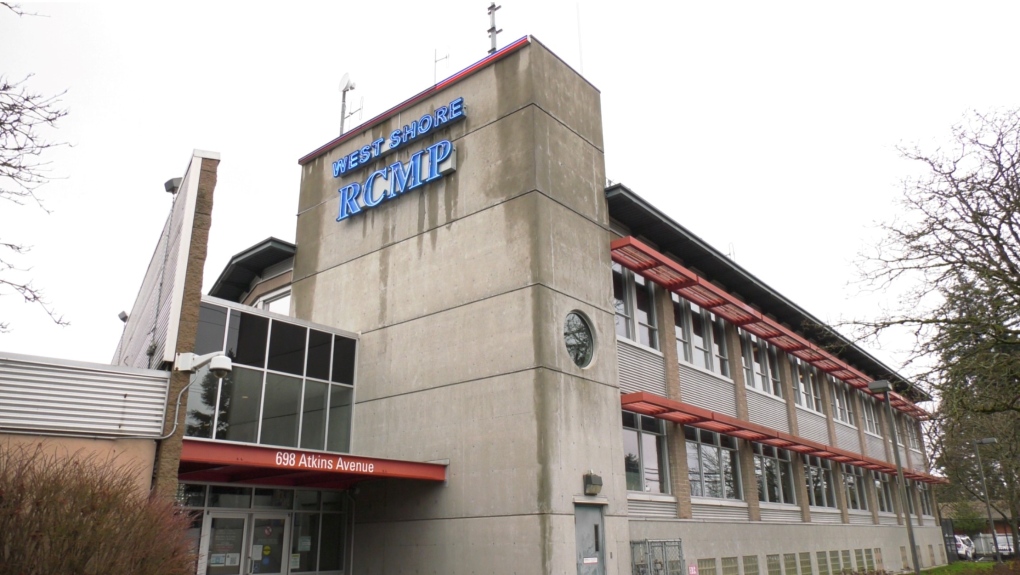 RCMP are investigating after a man reportedly exposed himself to two separate women in Langford on Thursday morning.

West Shore RCMP say the first incident occurred around 6:45 a.m., when a woman was waiting for a bus in the 2600-block of Sooke Road.

The man reportedly exposed his genitals to the woman before running away from the area towards the Galloping Goose Trail.

The next incident occurred at approximately 6:50 a.m. near the intersection of Luxton Road and Marwood Avenue.

Mounties say a woman was walking in the area when a stranger approached her and exposed himself.

Investigators say the description of the man was similar in both instances.

He is described as a white man in his late 20's or early 30's with a slim build. He has shoulder-length blonde hair and was wearing a black jacket with a light bathrobe or skirt underneath.

"The initial challenge investigators faced was that these incidents were reported later in the morning which hindered our ability to attend the area right away to locate the suspect," said Cpl. Alex Bérubé, spokesperson for the West Shore RCMP, in a release Friday.

"We need to identify this suspect as soon as possible to prevent any further escalation in his deviant behaviour," he said.

Police are asking for any witnesses or potential victims of similar incidents to come forward. Mounties are also asking people to review their dashcam footage of the areas.

A racist ideology seeping from the internet's fringes into the mainstream is being investigated as a motivating factor in the supermarket shooting that killed 10 people in Buffalo, New York. Most of the victims were Black.

A driver who struck and killed a woman and her three young daughters nearly two years ago 'gambled with other people's lives' when he took the wheel, an Ontario judge said Monday in sentencing him to 17 years behind bars.

A jury trial is to begin today for a man and his son who are accused of killing two Métis hunters.

One of Canada's most successful Second World War flying aces, James "Stocky" Edwards of Comox, B.C., has died at the age of 100.

Canadians welcome Prince Charles and his wife Camilla, the Duchess of Cornwall, as they embark on a three-day, travel-filled visit starting Tuesday. Between what senior government officials, Canadian Heritage, Rideau Hall and Clarence House have released, here's everything we know about the royal tour and its itinerary.

Amber Heard testifies Johnny Depp assaulted her on their honeymoon

'Aquaman' actor Amber Heard told jurors on Monday that Johnny Depp slammed her against a wall and wrapped a shirt around her neck during their 2015 honeymoon on the Orient Express.

A man opened fire during a lunch reception at a Southern California church, killing one person and wounding five older people before a pastor hit the gunman on the head with a chair and parishioners hog-tied him with electrical cords.

More than three decades after it became the first American fast food restaurant to open in the Soviet Union, McDonald's said Monday that it has started the process of selling its business in Russia, another symbol of the country's increasing isolation over its war in Ukraine.