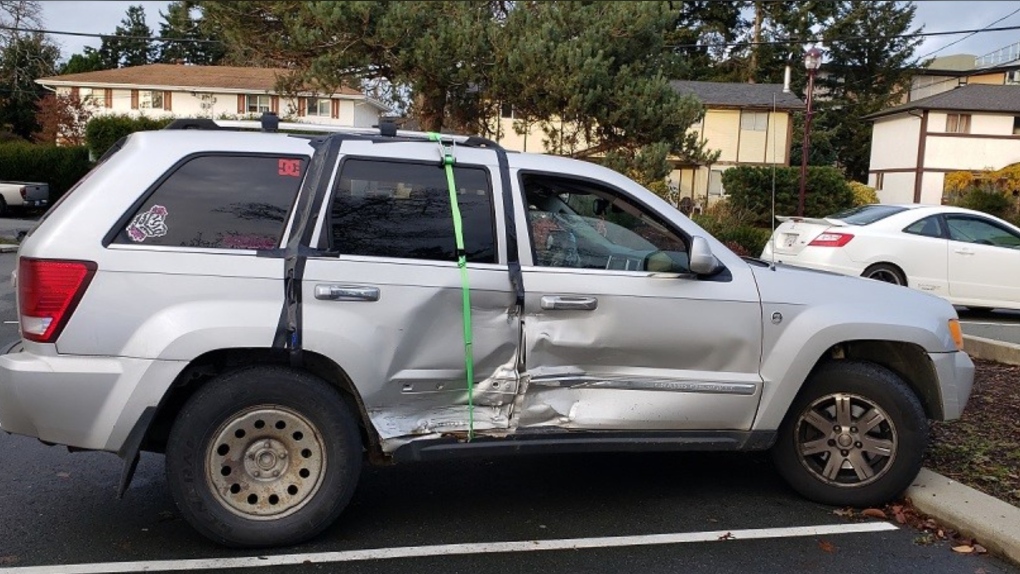 The 22-year-old driver did not have a valid driver’s licence, police said in a statement Wednesday. (RCMP)

VICTORIA -- Police in Langford have issued a violation ticket after pulling over a vehicle whose passenger door was reportedly strapped and taped in place.

The Mountie pulled the Jeep over and discovered the passenger side doors could not be opened and the vehicle frame was likely bent, according to police.

The 22-year-old driver did not have a valid driver’s licence, police said in a statement Wednesday.

She reportedly told police her vehicle had been T-boned a few days prior but police say the incident was not reported.

The Langford woman was handed a ticket for not having a licence and police ordered an inspection on the vehicle, which was towed away due to traffic safety concerns.

“This vehicle posed a risk for not only the passengers in it but also to other motorists on the road,” said West Shore RCMP spokesperson Const. Nancy Saggar. “If you were the other vehicle involved in this collision please report it to police.”