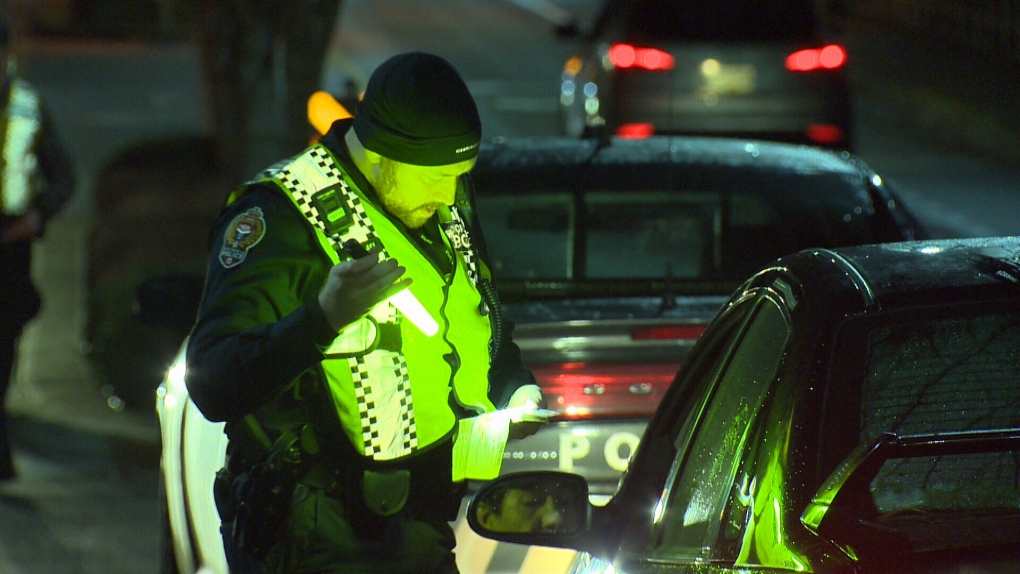 Victoria police are seen at a road check in this file photo: (CTV News)

Police across the country will be ramping up impaired driving enforcement ahead of the holiday season, and Vancouver Island is no exception.

RCMP are kicking off their "Winter CounterAttack" campaign, which means more police checks will be set up to monitor for impaired driving.

"For 24 hours, police officers from as far away as Bonavista, Newfoundland, to Ahousaht, on British Columbia’s rugged West Coast, are gearing up with a singular task – to stop anyone who chooses to drive while impaired by drugs and/or alcohol," said Nanaimo RCMP in a statement Friday.

BC Highway Patrol officers will also be setting up road checks across B.C., including on Vancouver Island, ranging from the North Island to Greater Victoria.

According to ICBC, an average of 65 people die in impaired driving-related car crashes in B.C. each year.

On Vancouver Island, 11 people are killed and 320 people are injured in roughly 600 impaired driving-related crashes annually.

"Don’t allow yourself to become a statistic. Make good choices," he said.

Mounties will be handing out some free McDonald's coffee coupons to drivers at road checks on Saturday.

Instead of driving impaired, Mounties suggest arranging a ride in advance, taking a taxi, car pooling, or walking.

Expect to see lots of road checks throughout December, as police look for and stop impaired drivers.