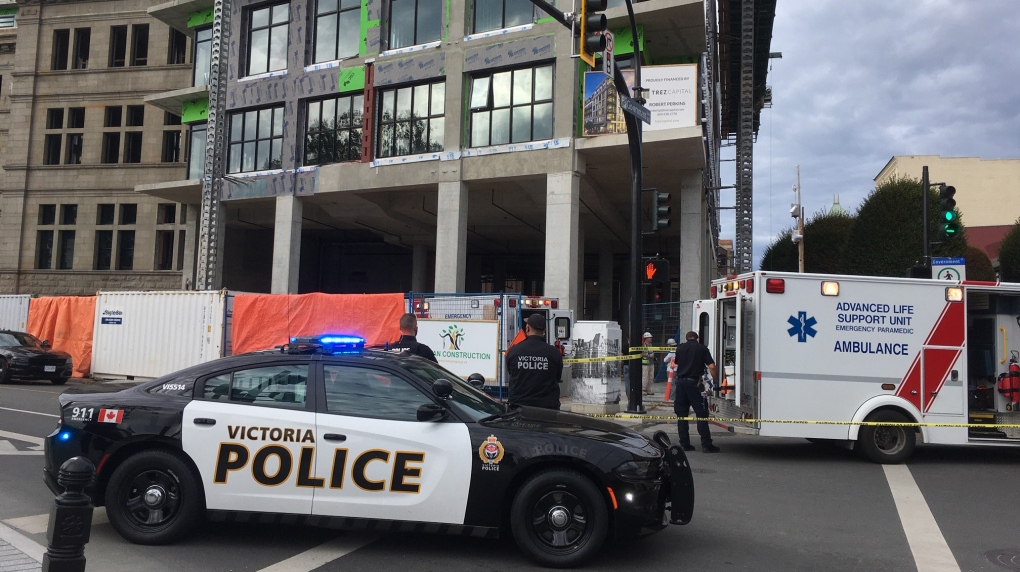 VICTORIA -- Several agencies are investigating following the sudden death of a man at a construction site in downtown Victoria Tuesday.

First responders were first called to the Customs House construction site, located at 888 Government Street near the Inner Harbour, at approximately 3:45 p.m.

Crews could be seen providing first aid and CPR to someone on the property Tuesday afternoon.

Around that time, Victoria police closed the 800-block of Government Street to traffic as first responders attended to the scene.

Later, police confirmed that they were investigating the sudden death of someone at the worksite.

The BC Coroners Service has confirmed with CTV News that it has been notified of the incident.

Meanwhile, WorkSafeBC says that it has been made aware of the incident and has since assigned a prevention officer to review the scene.

The 800-block of Government Street remained closed as the investigation continued Tuesday evening.

“This file is in the early stages of the investigation,” said Victoria police. “We will provide further updates as soon as we are able.”