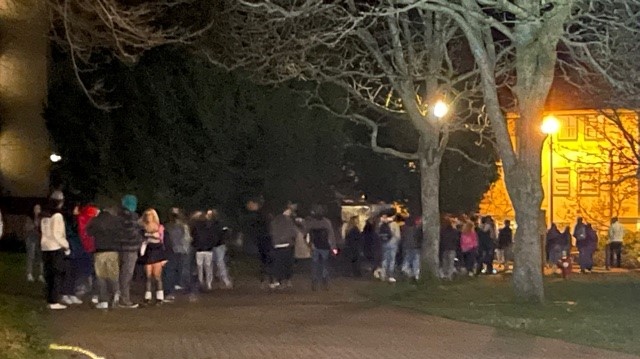 VICTORIA -- Two people were served fines after a large gathering was reported near the University of Victoria on Saturday.

Oak Bay police say they were called to a bushy area near the intersection of Haro Road and Cedar Hill Cross Road after “approximately 100 students” were seen gathering near the UVic campus.

When officers arrived, the large group dispersed. However, students continued to gather in smaller groups around campus, say police.

Eventually, the Saanich Police Department was also called in to help manage the gatherings.

By the end of the night, two UVic students – a man and a woman, both 18 – were fined $230 each for failing to comply with directions after they refused to disperse.

Assisted UVIC Security with dispersing a large group of students congregating on Sat night. A couple of them refused to follow direction to disperse after repeated attempts. Each were issued a ticket for $230. Disappointing given efforts most are making to limit COVID spread. pic.twitter.com/O4I6rc9Qky

The gathering was reported just days before the university reopened for its winter term, which started Monday, Jan. 11.