People are still living in Danbrook One, despite orders to leave 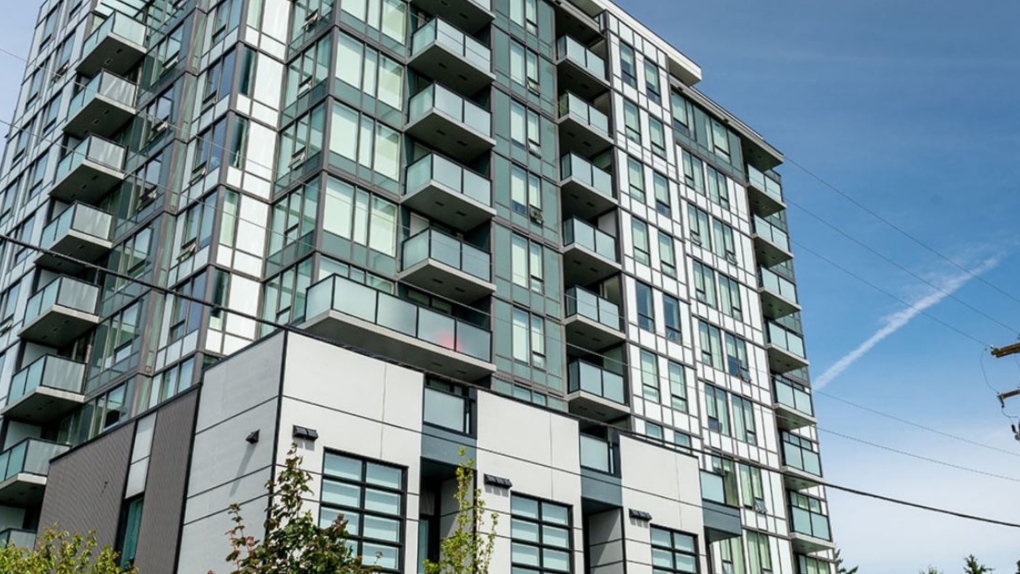 The 90-unit Danbrook One building has been renamed RidgeView Place. (Victoria Real Estate Board)

VANCOUVER -- The owner of a structurally unsound apartment tower on Vancouver Island says it's "unfortunate" and "frustrating" that people are still living in the building, nearly a month after all residents were ordered to leave immediately.

The City of Langford revoked the occupancy permit for Danbrook One in December, after the province's professional engineering regulator raised concerns about the design and construction of the 90-unit highrise.

The city hired an outside engineering firm to reassess the building's structural integrity, and offered residents help finding new accommodations.

On Jan. 16, building owner Centurion Property Associates told all remaining residents to vacate the property immediately, and offered to pay $1,000 per suite "to assist residents with relocation."

At the time, tenant Tad Martin told CTV News Vancouver Island he was outraged by the offer.

"This is not enough to help any of us, at all," he said at the time. "That is not compassionate."

On Thursday, Greg Romundt, president of Centurion Asset Management Inc., told CTV News in an email that there are still "a few" tenants residing in the building.

"We don't have an exact count as not all residents have been in contact," Romundt said.

Centurion hasn't charged rent to those in the building since December, and Romundt said those still living there are exploiting that fact.

"Since the building does not have an occupancy permit, we can neither charge rent nor can residents live there," he said. "It is not meant to be a 'rent free' period or anything of the sort, although clearly some people are taking advantage of the situation."

Those still living in the building are essentially squatting, Romundt said. He said Centurion has made it clear to them that they cannot stay and they are currently residing their entirely at their own risk. If they fail to leave willingly, they will have to be removed, he said.

"We expect that for residents that decide to ignore the notice to vacate, we’ll have to follow an eviction proceeding through the legal system," he said. "We expect that given the special circumstances, this would be an expedited process."

Romundt said he was unsure when the building would reopen. Centurion has received a draft report from engineers studying the situation, which it will be sharing with the city once the final version is ready, he said.

At a basic level, though, the draft report indicates "timelines and a path toward resolution," he said.

"An occupancy permit is months away," Romundt said. "We don't have a hard timeline, but best guess is that residents may not be able to return possibly until the fall. As such, for residents hoping that there would be positive news … this is unfortunately not the case."

The company has promised that whenever the work is completed and the building is safe to occupy, all former residents that wish to return will be allowed to do so in their original units at their original rents.