Pedestrian hit by truck, rushed to hospital with serious injuries in Victoria 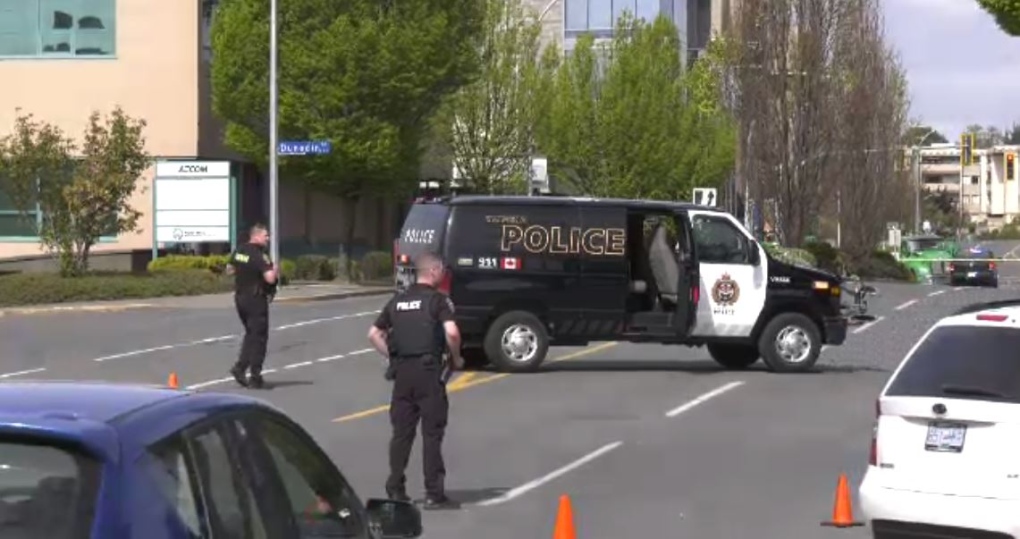 Police say the driver remained on scene and is co-operating with investigators. (CTV News)

VICTORIA -- A pedestrian is in hospital with life-threatening injuries after he was struck by a semi-truck in Victoria on Friday.

Victoria police are investigating the collision at the intersection of Gorge Road East and Jutland Road.

Police say the crash happened just before 10 a.m. A witness tells CTV News they saw an older man lying in the road between the first and second axels of the truck.

All traffic was restricted in the area shortly after 11 a.m. Drivers are urged to use alternate routes.

Police say the driver remained on scene and is co-operating with investigators.

Anyone who witnessed the crash or who has video from the scene is asked to contact Victoria police at 250-995-7654.