Pedal to the metal: Construction to accelerate on Dallas Road bike lanes 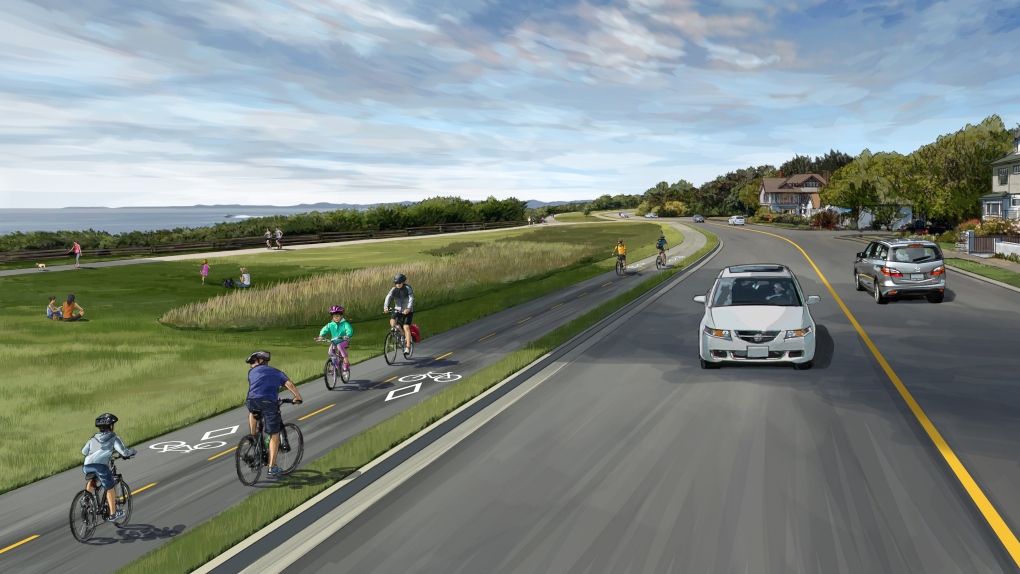 The Dallas Road bike lane, which is not officially part of the City of Victoria’s bike lane network, is expected to be complete by the spring or summer of 2020. (CRD rendering)

In a city sometimes polarized by its growing network of bike lanes, a famous seaside drive is about to enter the fray.

Construction on a protected section of bike lane is about to accelerate on Victoria's iconic Dallas Road.

According to the Capital Regional District, work to bury a massive pipe on Dallas Road connecting the region's new sewage treatment plant to the Clover Point Pump Station, has finished.

Above the pipe, plans included a protected bike lane next to the famous stretch of waterfront road. The two-way bike lane will either occupy a small space of the road or be erected on existing park lands.

The city of Victoria acted as a consultant in the planning of the bike lane, but the project is being managed by the CRD’s Wastewater Treatment Project team. The cost of the roughly 3.5-kilometre stretch of bike path is covered under the total budget of the wastewater project.

According the CRD, the massive treatment plant project is slated to cost $775 million and should be complete by December 2020. 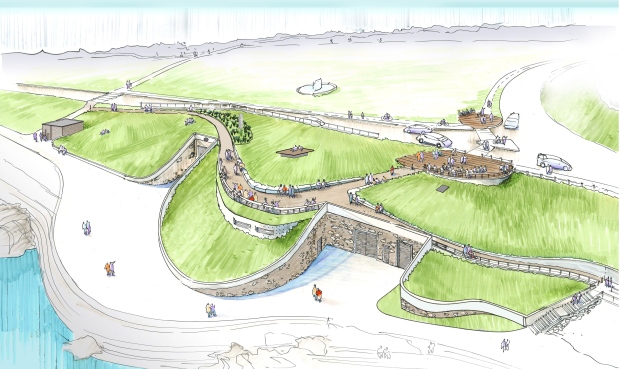 Public space improvements on the Dallas Road side of the wastewater project go beyond a section of bike lane.

The project includes a gathering and dismounting area for cyclists on the west side of clover point. Multiple bike parking and locking stations will be built, and signage will be installed throughout the new corridor. The project will also incorporate barrier fencing between off-leash dog areas.

The Dallas Road bike lane, which is not officially part of the City of Victoria’s bike lane network, is expected to be complete by the spring or summer of 2020.