Pay cuts, COVID screening: How one Vancouver Island venue is bringing back concerts 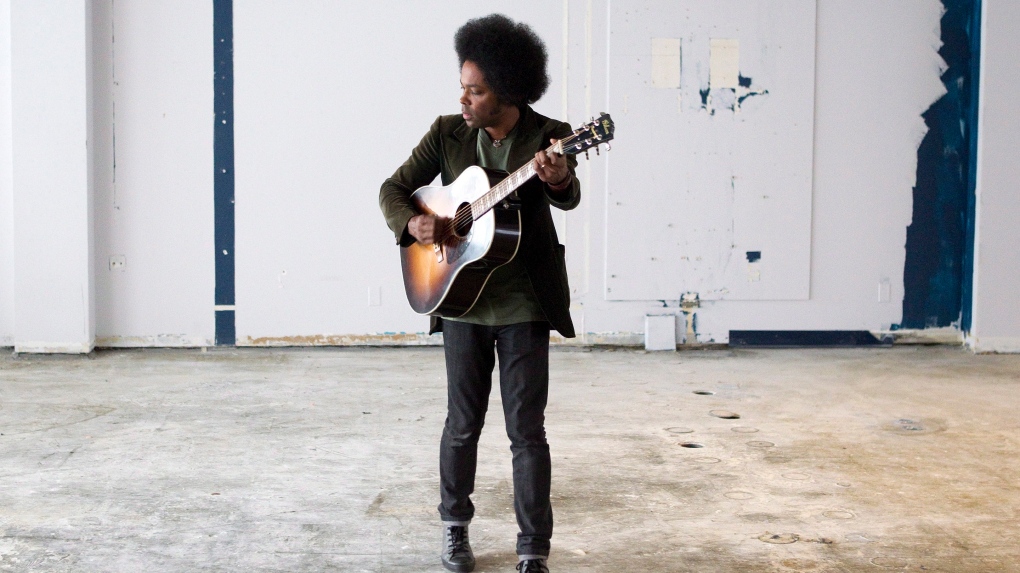 Canadian-Cuban musician Alex Cuba wasn't planning to be a trailblazer for the future of Canada's live music scene, but his upcoming concerts may serve as a blueprint for the road ahead in the midst of the pandemic. (THE CANADIAN PRESS/Chris Young)

VICTORIA -- Alex Cuba wasn't planning to be a trailblazer for the future of Canada's live music scene, but his upcoming concerts may serve as a blueprint for the road ahead in the midst of the pandemic.

The Latin Grammy Award-winning artist is booked to play four nights at the Mary Winspear Centre in Sidney, B.C., starting on Thursday. He'll be among the first acts to return to the stage at the venue, or any other space of its size in the country.

“Somebody has to take this step,” the Canadian-Cuban musician said ahead of the shows.

“If we were going to just crawl into a wall and become fearful, nothing will ever happen. I want to give my best and I want to make an effort to let people know that, yeah, there is hope.”

Nearly five months into a nationwide shutdown that crippled the country's independent music scene, a growing number of bars and restaurants are welcoming back musicians under COVID-19 precautions. But without a vaccine in sight, uncertainty lingers everywhere.

Huge arena concerts won't be possible until at least next year, which means an evening of live music will look quite different under strict distancing measures. And while outdoor performances at drive-ins and garden parties were all the rage this summer, the cooler weather ahead is pushing some venues to consider ways to safely provide live entertainment indoors.

Brad Edgett, executive director of the Mary Winspear Centre, is among those hopeful his venue will help write the playbook for the live music community. He booked Cuba as only the second artist in COVID to play the conference centre and theatre, which fit 900 people in its largest hall before the virus limited capacity to 50.

Before him, Vancouver country performer Aaron Pritchett stepped onto the stage for a series of four small shows in mid-July.

Preparations for each concert start roughly a week before the show when Edgett's staff begin making calls to ticketholders with a list of COVID-19 questions:

Have you recently travelled outside the country? Been in contact with anyone who's sick? Are you coming with your partner? Do you live in the same household?

With those answers, they group everyone at tables by their social bubble, not unlike they would for a wedding.

Inside the venue, snacks and drinks are available for purchase through a server, and instead of a table with the artist's merchandise, fans can pre-order shirts and albums through a digital platform and have them delivered to their seat.

Pritchett's concerts went off without a hitch, Edgett said, even if some concertgoers found themselves slipping into old habits.

“By the fourth night, the crowd was a little bit more energetic,” he added.

“We had to make sure they were still staying in their seats, and their little bubbles we'd given them, and not to get on the dance floor.”

It's not only the fans who have had to adapt. In Cuba's case, playing to a significantly smaller audience comes with a pay cut.

In “normal times,” he would've performed one night at the venue, possibly two if ticket sales were brisk, Cuba said. But during COVID he's struck an agreement with the Mary Winspear Centre to play four nights for the payment of one. He's also playing without his backing band, because a solo performance is the only way the arrangement makes financial sense.

Edgett said he's found most musicians are willing to compromise if it means bringing their music back to the masses, even if they're entertaining a crowd that's a fraction of their usual size.

“I've been able to get them to agree on a price where the artist is making some money and I am basically breaking even or making a little bit of money,” he said.

Agreements like these could present new partnership opportunities with other B.C.-area venues, Edgett said. He imagines a model where organizers work together with performers to book multiple venues around the province, effectively creating a small, co-operative touring circuit.

“It provides the artists with more opportunity for revenue and it certainly makes the arts and culture thrive in British Columbia in a unique time,” he said.

“There are clubs that could change their format and build off of something like this.”

The Mary Winspear Centre is booked for shows nearly every week into the middle of November, and Edgett plans to turn his attention to the Christmas season in the coming weeks. He estimates more than 40 nights will be filled with live music before the end of this year.

“We're happy to take the lead and try to educate all the venues on how we can make this work, because it's in our interest and in the artists' interest... to work collaboratively,” he said.

This report was first published by The Canadian Press on Aug. 4, 2020.