Parents should prep a plan B in case full-time school foiled: premier 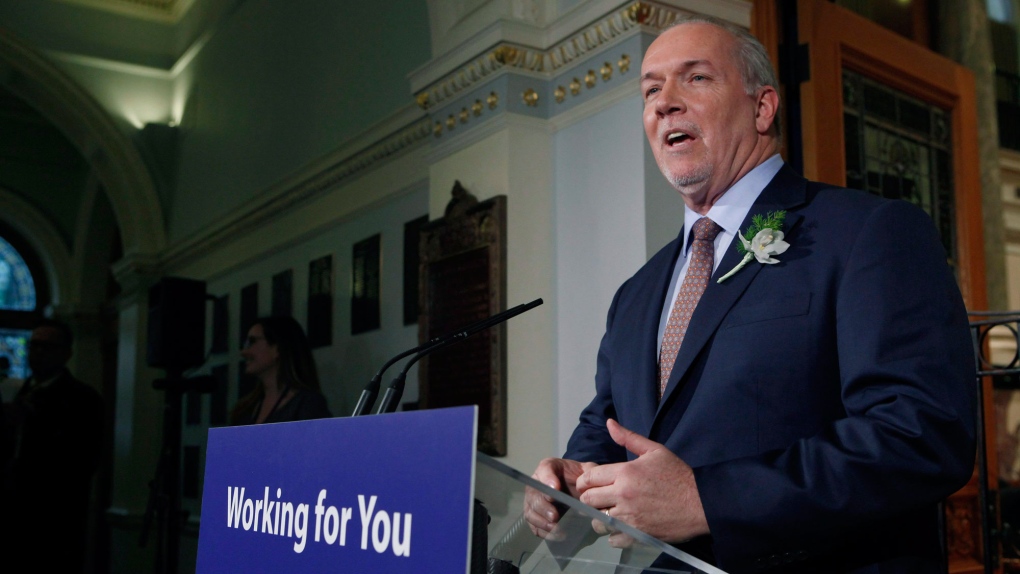 Premier John Horgan answers questions from the media following the speech from the throne in the legislative assembly in Victoria, B.C., on Tuesday, February 13, 2018. THE CANADIAN PRESS/Chad Hipolito

VANCOUVER -- British Columbia Premier John Horgan says parents should prepare for a full return to classrooms this fall but also have a backup plan in case the COVID-19 pandemic forces further closures.

Horgan says school staff, administrators, trustees and parents are working as hard as they can to ensure everyone is safe, and he shares that preoccupation.

He says the B.C. government will have more to say on the topic as the month winds down, but it will continue to monitor the spread of COVID-19 up until September and is prioritizing a strong plan over a quick one.

The province reopened schools using a hybrid model in June that blended part-time classroom learning with online curriculum and on Wednesday, Education Minister Rob Fleming said the province is aiming to move beyond that.

Fleming says the goal is to have a 100 per cent return to classrooms for kids in elementary and middle schools, while there are ongoing discussions about alternative accommodations for secondary school students.

He says British Columbia is among the jurisdictions considering a “cohort” model that would limit students' interactions and possible exposures.

“We're seeking to move ahead to having kids back in classrooms full-time. Of course, it's going to be a 'new normal' situation, schools will look different,” he said.

The province is trying to avoid learning loss and the interruption of children's learning paths during the pandemic, while introducing measures to ensure things like safe hand hygiene and distancing in schools, Fleming said.

Horgan said he shares the safety concerns of all parents and school staff.

“My plan is to make sure we get it right, not that we get it done by a certain time,” Horgan said.

An update on the next school year is expected next week.

This report by The Canadian Press was first published July 23, 2020.