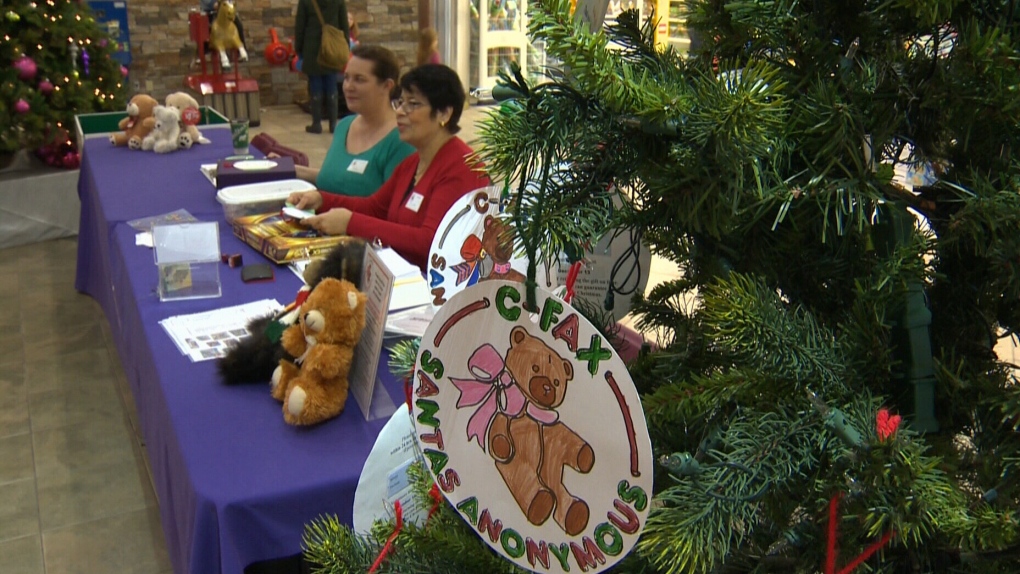 CFAX Santas Anonymous is counting on people’s generosity this holiday season as it ramps up its Christmas hamper program for families. (File photo)
Victoria -

Charities on Vancouver Island are thanking people who are taking part in a global movement to counter the shopping frenzy of holiday sales, like Black Friday.

“Certainly with the second year of the pandemic, it’s exacerbated needs out there,” says the CEO of United Way Southern Vancouver Island, Mark Breslauer. “People who perhaps didn’t seek social services in the past are doing so now.”

The group is focusing its funding on three priority areas: Families in need, isolated seniors and mental health.

Linda Johnson says she pays it forward now that she can – after getting help when she raised kids on her own.

Johnson was at the Bay Centre in Victoria bidding on the Festival of Trees, which is supporting mental health programs at BC Children’s Hospital.

Bell Media’s in-house charity, CFAX Santas Anonymous Society, is counting on people’s generosity this holiday season as it ramps up its Christmas hamper program for families.

“Sixteen per cent more children than last year are registered and yet donations are down right now 49 per cent,” says executive director Christine Hewitt. “We’re hoping that the momentum is building and that people can step up right now and help us while we need it.”