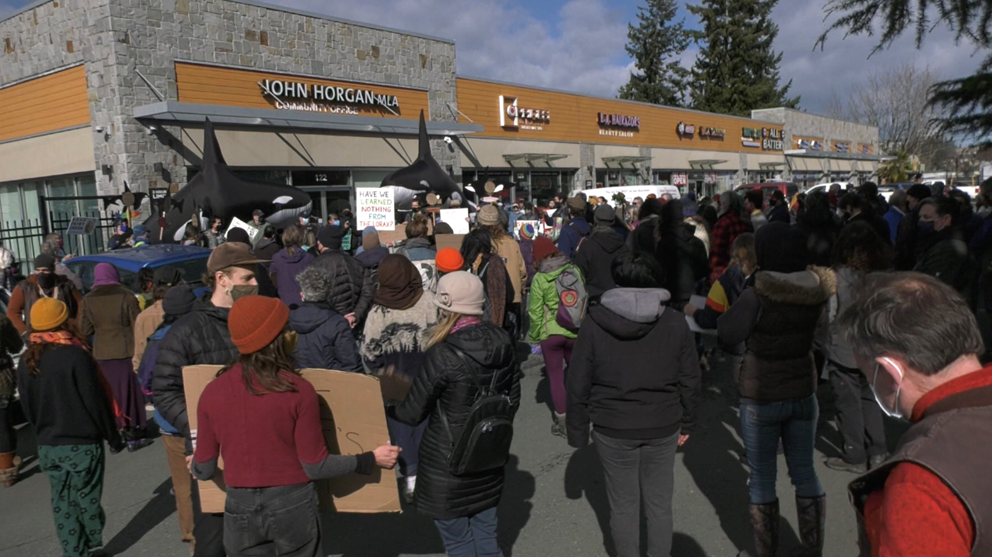 VICTORIA -- For the second time in less than a week, anti-logging demonstrators gathered at B.C. Premier John Horgan’s constituency office in Langford.

The protest, which drew more than 100 supporters, was a call to action for the B.C. premier to end the harvest of the old-growth forest at Fairy Creek near Port Renfrew. The lands and forests are part of the Pacheedaht First Nation’s traditional territory and are considered to be sacred.

On Feb. 22, a group calling themselves “forest defenders” also protested at Horgan’s Langford office, demanding the end of logging in the Fairy Creek area.

Jones said he asked that people join him in the demonstration at the constituency office because of the need to save the Fairy Creek forest and his concern for all old-growth forests in B.C.

“We have to tell everyone that this is the last old-growth forest,” said Jones. “Our island is now practically naked and we do have to actively gather together and assert to the government that in fact we have to save all that we can.”

Jones is asking that all British Columbians contact their MLAs and demand an end to the practice of old-growth logging.

Jones says the goal is for members of the Pacheedaht First Nation to have control of the resources in their traditional territory.