Owlets blown from nest rescued by group of volunteers in Nanaimo 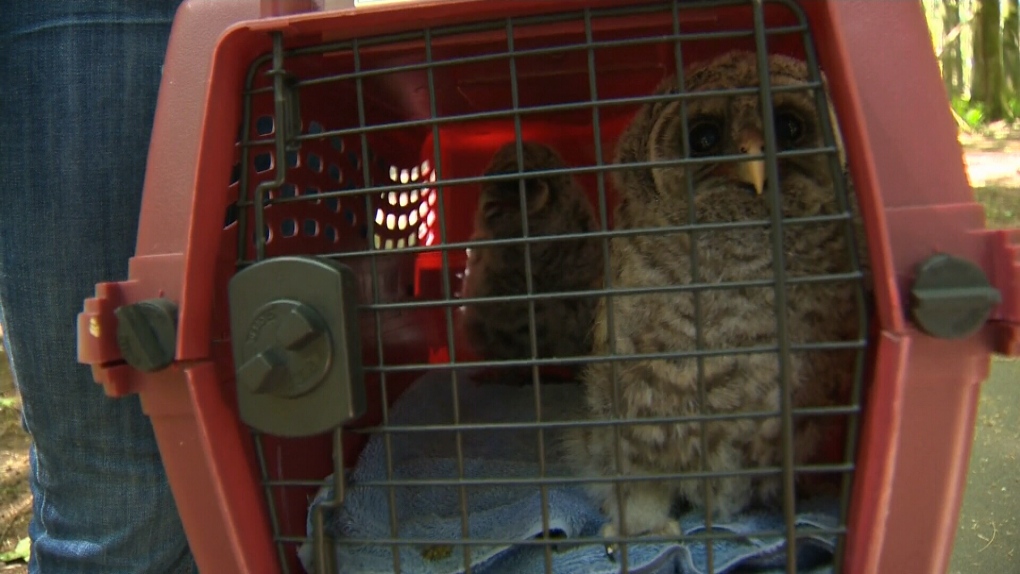 A pair of owlets believed to have been blown out of a tree during a windstorm were given a second chance at life by a group of volunteers in Nanaimo's Colliery Dam Park. Friday, May 26, 2017. (CTV Vancouver Island)

A group of volunteers came together to give a pair of owlets a second chance at life after they fell out of their nests at Nanaimo’s Colliery Dam Park.

It’s believed the young owls may have been blown out of their nests during a windstorm that swept Vancouver Island earlier this week.

“Certainly going out on the branches the way they do can end up getting blown out of the branch and on to the ground when they’re not quite ready yet to fly,” said Ken Langelier from VCA Canada Island Veterinary Hospital in Nanaimo. “There, they’re susceptible to having predators and things get them, so it’s much better for them to be up in the tree.”

One of the owlets is considered a foster to the nest, but Langelier said the mother should care for all three birds the tree now houses.

“They don’t usually count, so they can’t tell if they’re feeding one, two or three, and so she’ll continue looking after all three,” he said.

While putting the owl back in the tree, Mike Cardinal, a volunteer from the Canadian tree service, said the mother didn’t seem to be too happy a human was interfering with her nest.

“Mom took a couple swipes at me. The first one was at my hard hat and the second one hit me in the shoulder. I’ve been swiped at before but they never made contact,” said Cardinal, who suffered several scratches to his shoulder.

But the mother owl’s behaviour changed after she picked up on what was going on.

“It seemed like as soon as she saw her baby that was missing she took off to another tree and watched from a distance,” he said. 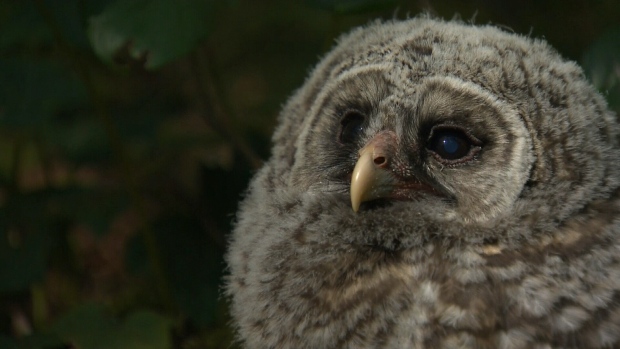 Nearly as soon as two were put back in the nest, one watchful park user spotted another owl tumble from the tree.

The group did not attempt to put that owl back in the nest, saying it’s probably just not able to stay up in the tree.

“I think just the fact that he’s in the stage where he’s creeping and getting out, and that particular tree is very vertical, so not a lot of horizontal branches for him to go out on,” said Langelier.

The team said it will try to find the barredd owlet another home or take him to a rehabilitation centre for yet another chance at life.

With a report from CTV Vancouver Island's Yvonne Raymond