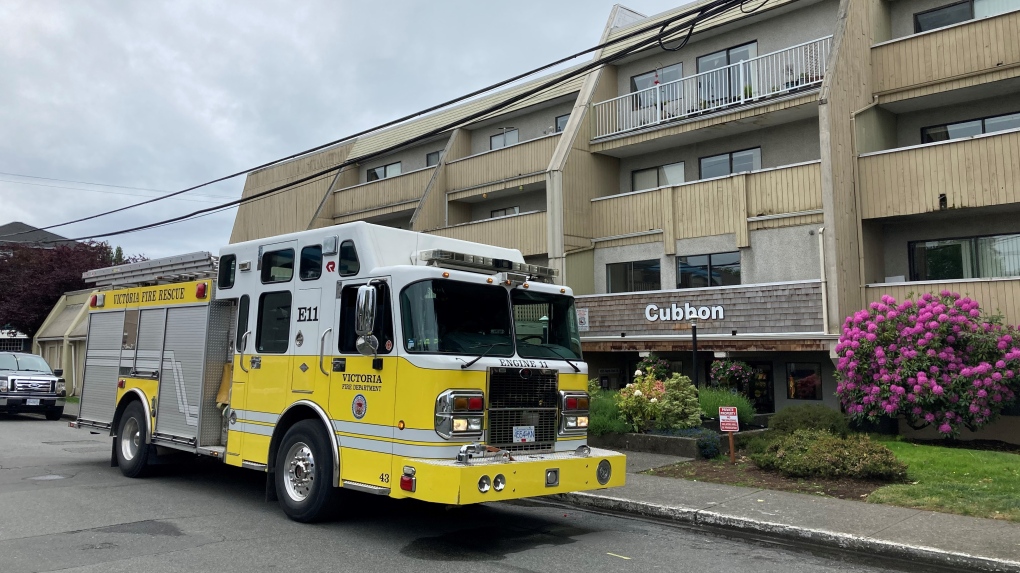 VICTORIA -- One person is dead after an overnight fire in Victoria’s North Park neighbourhood.

Rescuers were called to a structure fire at the Cubbon Apartments at 1035 North Park Street at 1:25 a.m. Wednesday.

Upon arrival, flames could be seen in a third-floor suite, according to firefighters.

Two people were rescued from balconies, while one person and one dog were found dead inside the building.

Firefighters say the fire was contained to a single suite but smoke damage to three nearby apartments and the hallway was extensive.

Three people who were displaced by the fire were taken into the care of emergency social services.

The Victoria Fire Department estimates the extent of the damage at $300,000.