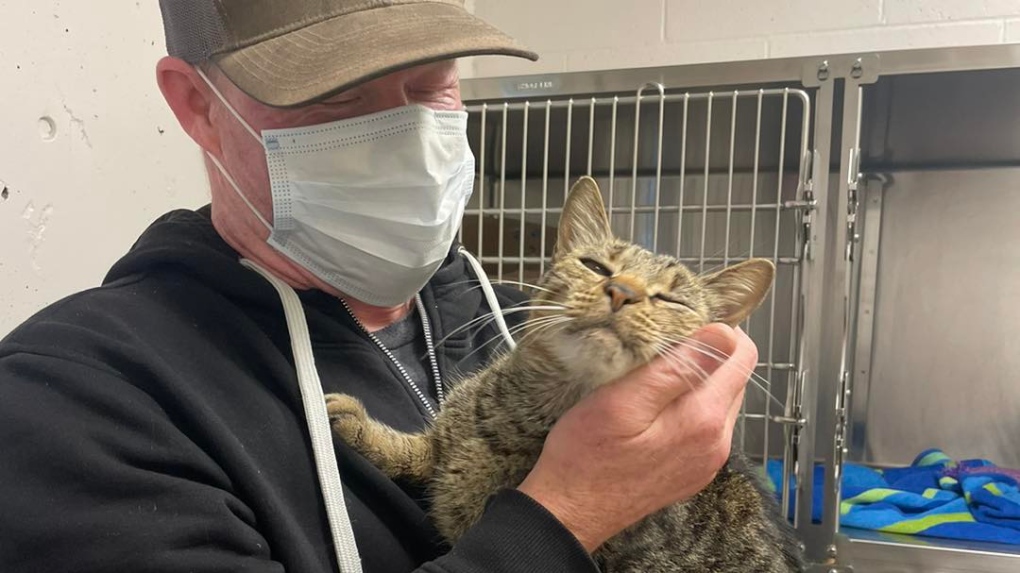 Hobbes the cat and his owner are shown. (BC SPCA Nanaimo Branch/Facebook)

Staff at the BC SPCA branch in Nanaimo are calling the discovery of a missing cat from Victoria in the Harbour City a "miracle."

Wendy Kotorynski, senior manager of the Nanaimo BC SPCA branch, says a missing three-year-old cat named Hobbes was brought into the shelter on Saturday evening after he had gone missing more than three months ago.

Hobbes' family, who is from Victoria, were on a camping trip at Kennedy Lake near Tofino, B.C., in late June.

When the family first arrived and were exiting their car, a dog came up to the vehicle and spooked Hobbes, causing him to bolt, according to Kotorynski.

The family spent the next six days camping in the area and looking for Hobbes.

"They even paddled around the lake to check the shorelines," said the SPCA branch manager.

Sadly, Hobbes was never found, and his owners had all but given up hope.

"Just recently the owner had actually gathered up his cat items to donate because he thought it'd been so long he'd never find the cat," said Kotorynski.

But then on Saturday, Hobbes was brought in to the Nanaimo SPCA branch by a local resident.

Kotorynski says Hobbes had somehow managed to cross the island and walked into a Nanaimo woman's home.

The homeowner first asked neighbours if Hobbes belonged to them before ultimately deciding to bring the cat to the SPCA.

"We scanned the cat for a microchip and immediately were able to contact the owner," said Kotorynski.

"He was overjoyed. He came up first thing in the morning the next day," she said. 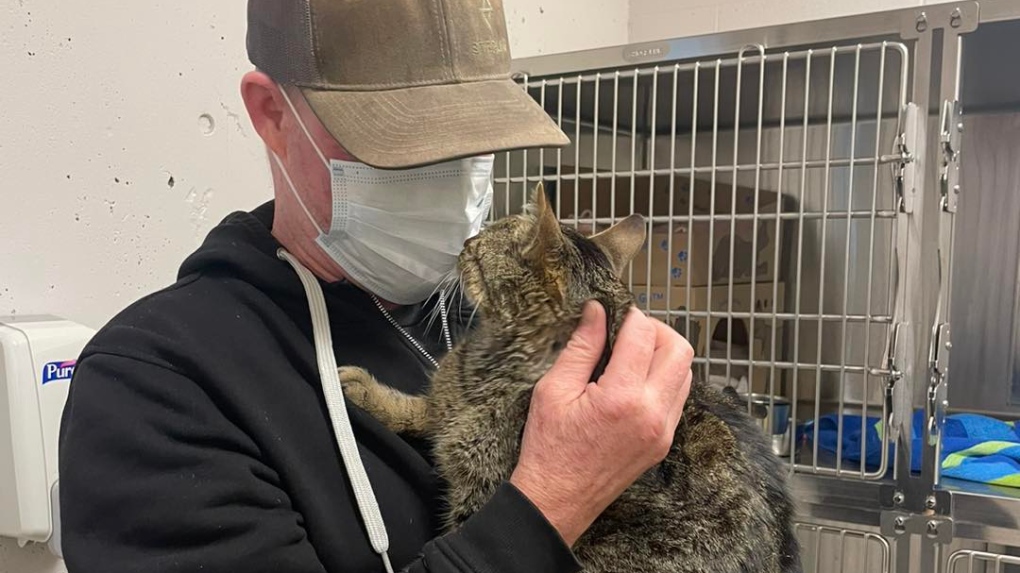 Hobbes the cat and his owner are shown. (BC SPCA Nanaimo Branch/Facebook)

Hobbes was thin but had no visible injuries.

"Who knows what adventures he went on and what got him here," said Kotorynski.

The SPCA branch manager says she's grateful the Nanaimo resident brought Hobbes to the shelter, and she's encouraging all pet owners to get their pets microchipped in case they get lost.

Approximately one million pets go missing in Canada each year, and a microchip can help pets get reunited with their owners, according to Kotorynski.

"We had another similar miracle find in the summer, so this is kind of twice now that these pets who get lost while travelling have been reunited because of the microchip," said the SPCA branch manager.