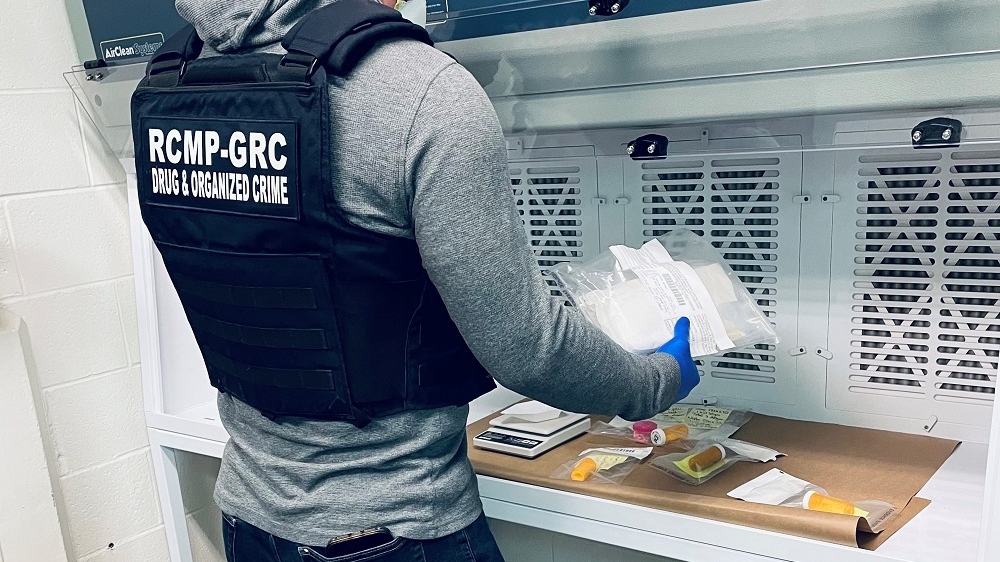 Some of the seized items are shown. (West Shore RCMP)

West Shore RCMP say a man has been arrested on drug-trafficking charges after police received a tip about a potential drug dealer in Langford, B.C.

Mounties say they received a tip from community members about suspected drug activity at a home in the Glen Lake area in early March.

Police investigated the reports and on March 31, RCMP officers executed a search warrant on the home.

During the search, police say they found an ounce of fentanyl and ounce of meth, as well as other drugs, $5,000 in cash, brass knuckles, and approximately $10,000 worth of stolen tools.

The total drugs seized worked out to more than "200 doses" of fentanyl, according to RCMP.

A 52-year-old Langford man was also arrested at the scene. Police are recommending charges of possession for the purpose of trafficking and possession of stolen items over $5,000.

"Thank you to the neighbourhood’s keen eye and cooperation which helped progress the investigation to an arrest and removal of drugs off the street", said Const. Sheldon Ewington with the West Shore RCMP's drug and organized crime unit.

A large chunk of Alpine glacier broke loose Sunday afternoon and roared down a mountainside in Italy, sending ice, snow and rock slamming into hikers on a popular trail on the peak and killing at least six and injuring eight, authorities said.

The remaining businesses on Shelbourne Street in Saanich, B.C., that had been closed after last week's shooting at a Bank of Montreal branch have now reopened, police say.