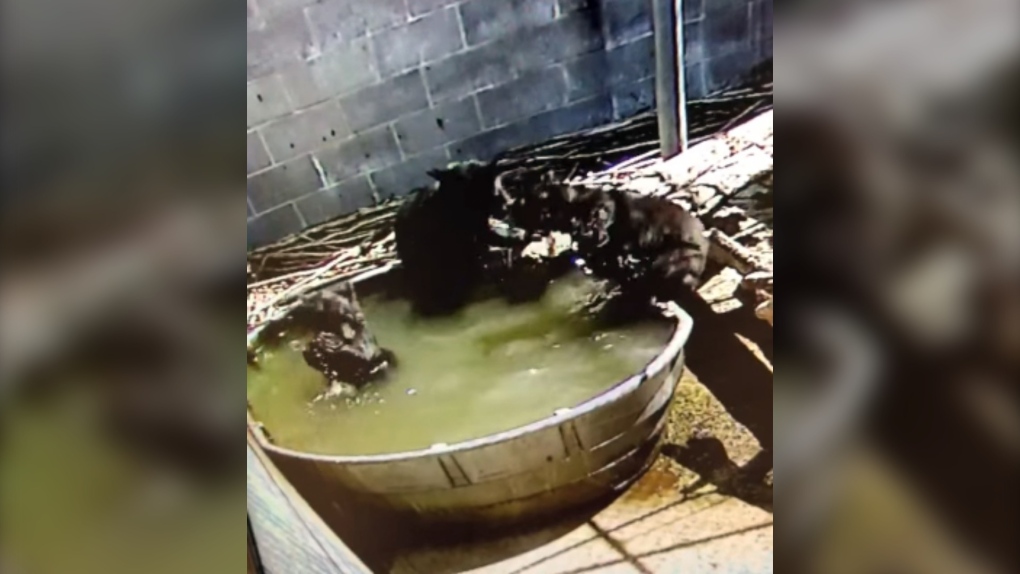 The first of the bears came into the centre's care on May 20. When found by hikers near Port Alice she was alone, starving, emaciated, infected with mange, nearly hairless and had most of her ear missing, resembling a poor ragamuffin.

That’s why she was aptly named "Muffin."

Since coming to NIWRTC, Muffin's condition has improved drastically, staff say. They treated the mange and infected ear with antibiotics and most of her hair has grown back with the exception of a few bald spots.

It is not known what happened to Muffin's mother.

The other two cubs, named Shadow and Midnight, also share a tragic story.

“Shadow and Midnight became orphaned because their mom became a problem bear having altercations with land owners," said Derek Downes, an animal care technician. “Unfortunately she had to be euthanized.”

After the mother bear was euthanized, conservationists knew the cubs were alone in the wild and had to be properly cared for. They were able to successfully capture the cubs with bear traps and a bear rescue vehicle with help and funding from Lush Cosmetics and Parksville Chrysler.

The cubs, although orphaned, were in excellent health and needed a safe place to be raised so they could be incorporated back into the wild once they get to be two years old.

“They need to practice honing their foraging skills," said Downes.

Although there are no concrete statistics, Downes said that there is a "high success rate" for orphaned bears that are reincorporated in the wild, especially when they grow up with bear siblings.

“When raised together they learn from each other. It’s beneficial to have siblings and company for the young bears," he said.

All in all, Downes said the bears are doing fantastic and having lots of fun frolicking in a pool on a hot summer day.