An international whale watching and conservation group says some of its members came across a rare and dramatic encounter between orcas and humpbacks off Vancouver Island this week.

According to the Pacific Whale Watch Association, a large group of transient orcas – also known as Bigg's orcas – were seen harassing a pair of humpback whales near the maritime border between the U.S. and Canada Thursday morning.

The incident began shortly after 11 a.m. in the Juan de Fuca Strait, roughly 40 kilometres west of Victoria and Port Angeles, Wash., the PWWA said in a news release.

"Crew members with Eagle Wing Tours were the first to locate a group of approximately 15 killer whales being unusually active at the surface," the group said in its statement.

"Not long afterward, another whale watcher, captain Jimmy Zakreski of BC Whale Tours discovered the likely cause of the orcas’ excitement: two humpback whales in their midst."

The PWWA says it's not unprecedented for orcas to attack humpbacks, but it's a rare occurrence, as they typically hunt smaller prey like seals, sea lions and porpoises.

The group says there have been no recorded instances of orcas killing humpback whales in B.C. waters, though it expects conflicts between the two species to increase in the coming years, as both transient orca and humpback populations in the region have been growing.

"According to observers who came and went throughout the day, the encounter included an astonishing three hours of breaching, tail-slapping, and loud vocalizations before all of the whales disappeared into the fog, keeping the final outcome of the melee a mystery," the PWWA said of Thursday's incident. 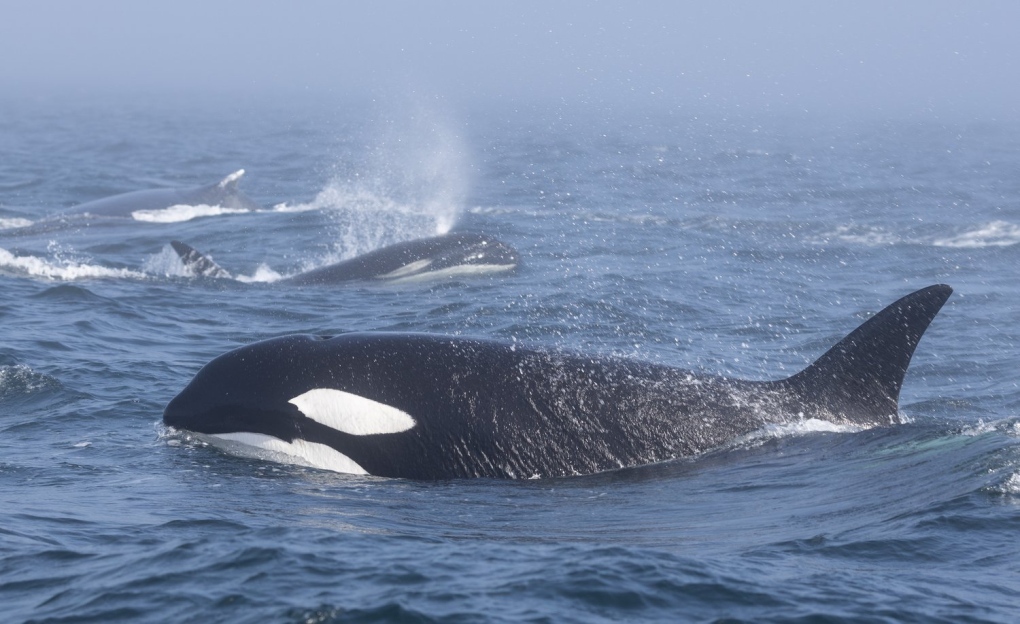 Researchers have identified the humpbacks involved as BCX1948 "Reaper" and BCY1000 "Hydra," while the orcas involved are believed to belong to pods more commonly found on the outer coast than in the strait, according to the association.

“I’m still trying to wrap my head around it because it was absolutely unbelievable,” said Mollie Naccarato, captain and naturalist for Sooke Coastal Explorations, in the PWWA release.

“At first, the orcas seemed to be chasing the humpbacks, but then when it seemed there was space between them, the humpbacks would go back toward the orcas.”

The PWWA says its members hope to encounter Reaper and Hydra again before they begin their annual winter migration.