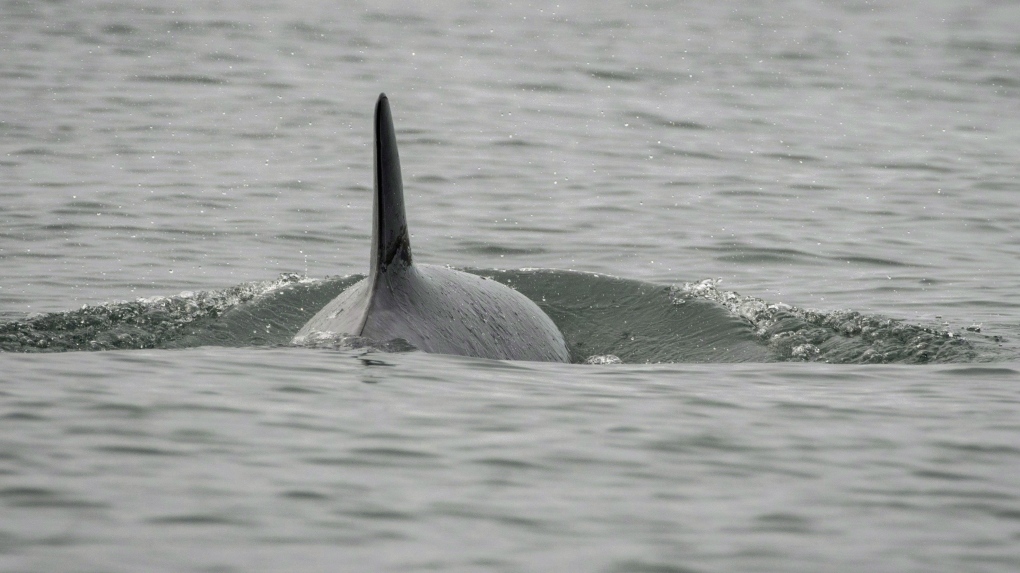 Killer whale J50 is shown off the coast of Washington State in this August 12, 2018 handout photo. (THE CANADIAN PRESS/HO - NOAA Fisheries, Katy Foster)

VANCOUVER - The U.S. National Oceanic and Atmospheric Administration says an attempt to inject a sickly orca whale with an deworming medicine has failed.

In an update on Saturday, NOAA confirmed the whale, designated J50, was seen swimming almost a kilometre behind the rest of her family, known as J-Pod.

The organization says that her condition did not appear to be improving, nor did they succeed in dosing the whale with the dewormer.

Michael Millstein with the oceanic administration confirmed to the Canadian Press last week that parasitic worms had been found in several fecal samples of the J-Pod whales with whom she shares fish, including J50's mother, known as J16.

Millstein said officials believe the combination of the worms with an existing infection might be putting too much stress on her body, as nematode worms are often found in the digestive tracks of marine mammals.

Saturday's statement confirmed officials with the U.S.-based organization will work with the Fisheries and Oceans Canada to evaluate life-saving options for the killer whale.