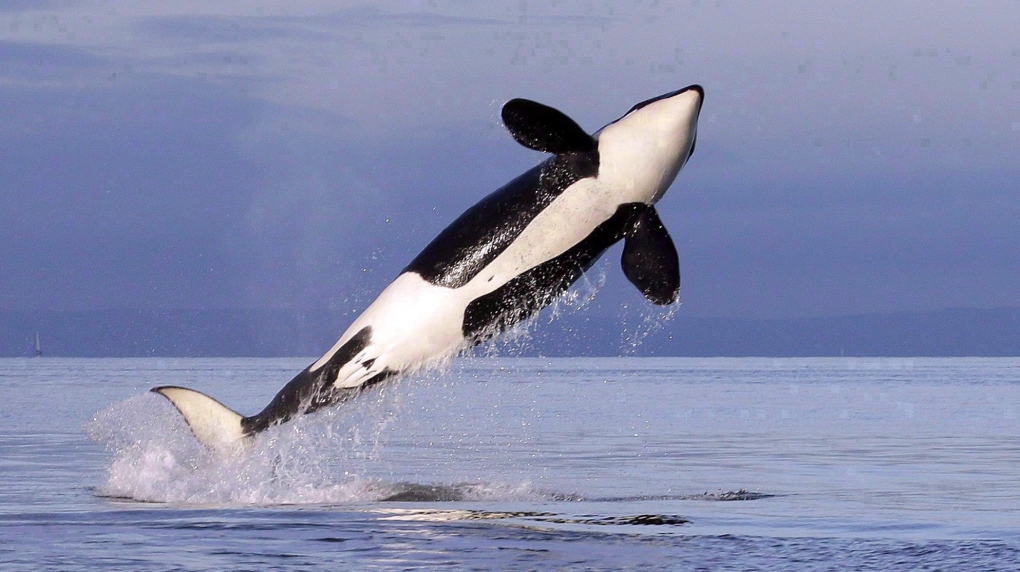 VICTORIA -- After more than 20 years, a celebrated orca family has ventured back into an old haunt near the North Island.

The A5 pod has returned to the Broughton Archipelago, their traditional winter hunting ground, with a brand new baby in tow. They had still spent time around the North Island in places like Blackfish Sound and the Johnstone Strait, but avoided going further north into the archipelago and the long inlets on the mainland.

Department of Fisheries and Oceans researcher, Jared Towers was trailing them on Jan. 5 through Blackfish Sound south of the archipelago when the family of nine, led by 40-year-old matriarch Ripple (officially A43) swam up Fife Sound, a place she would have visited as a youngster.

Towers quickly called Alexandra Morton, who moved to the area in 1984 specifically to study the A5 pod. The pod owned the Broughton Archipelago at the time, Morton says. Other whales would come and go, but it really belonged to the A5s.

So when Towers told her they were back, Morton was thrilled.

“I was worried that they might have forgotten, that only I knew, and that this knowledge was stuck in a human.”

Ripple was just a teen when she was last in the Broughton, and Morton joked that maybe she wasn't watching where they were going. The matriarchs are the ones who lead orca pods and are in charge of remembering their routes, and it seems Ripple was learning well.

She brought her family back with her youngest grand-calf jumping alongside its mother, Midsummer (A69), who Ripple birthed in 1997. Both mother and baby look healthy, Towers said.

This pod was raided a number of times in the 1970s as orcas were captured for aquariums. Only one of the captured whales is still alive. Corky is Ripple's older sister, and lives in SeaWorld in San Diego.

The A5 pod stopped coming to that area around 1995 when a fish farm company started using acoustic harassment devices to deter seals.

“They didn't know it would chase the whales away, but it did. DFO very quickly prohibited them when they realized,” Morton said. It had been an effort to not shoot seals, but it led to a greater understanding of how sensitive whales are to sounds.

Orcas are vocal creatures. Their communication is so sophisticated that each family has a distinct dialect. The seal deterrent device pulsed out 198 decibels of sound - the equivalent of a jet engine.

“It's a sign of healing that they have decided it’s safe to go back in there,” Morton said.

Towers, who says he's spent more time than anyone in the world with the northern resident orca population - a group of 300 whales of which A5 is one pod - loved observing this pod in an old-new surrounding.

“Seeing a family take this newest pod member into the traditional feeding grounds for the first known time in decades brought a well-needed sense of hope to start the new year,” he said.