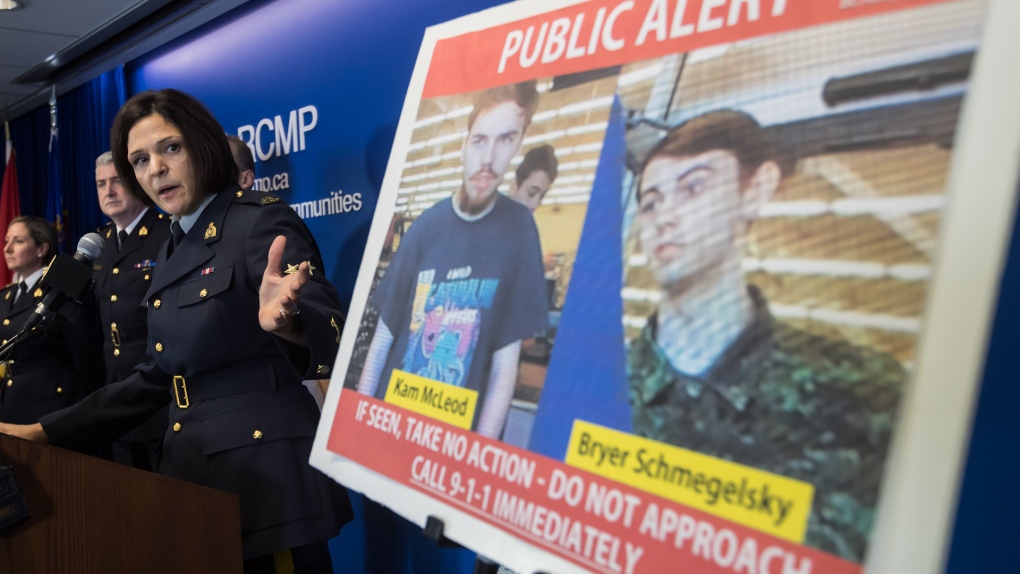 VICTORIA -- It was the biggest manhunt in modern Canadian history, gripping the country and people around the world for three weeks last summer.

It began one year ago Wednesday, with the grisly discovery of American Chynna Deese and her Australian boyfriend, Lucas Fowler, who were found on the side of the Alaska Highway in northern B.C. after they had been shot to death.

Staff Sgt. Janelle Shoihet was the B.C. RCMP spokesperson during the manhunt. On the anniversary of the young couple’s murder, she remembered the intensity of those three weeks vividly.

“The country was on edge for a while,” Shoihet said. “I’m hopeful that we’ll never see anything like this again. I mean, there were so many families that were impacted by this.”

Four days after Deese and Fowler’s bodies were found, UBC lecturer Leonard Dyck was discovered 500 kilometres away, near Dease Lake, on July 19, 2019.

He too had been shot to death.

The burnt out remains of a pickup truck belonging to 19-year-old Port Alberni resident Kam McLeod was found two kilometres away from Dyck’s body.

McLeod and his friend, 18-year-old Bryer Schmegelsky, had left Port Alberni on July 12, 2019, and were believed to be travelling to the Yukon and northern B.C.

Neither teenager’s family had heard from him since July 17, so by July 21, 2019, police issued a missing persons plea for the young Vancouver Island men.

Stunningly, that plea became a wanted appeal a mere two days later, after surveillance video of the teenagers surfaced, showing them in Meadow Lake, Sask., and in possession of Dyck’s vehicle.

Shoihet had delivered the initial missing persons announcement and was shocked by the sudden turnaround, news she announced to the world media on July 23, 2019.

“I almost fell off my chair,” she said, recalling when she was briefed on the change in status. “I didn’t see it coming. I was completely blindsided, and that really speaks to the dynamic of these major crimes investigations where they can really swap 180 (degrees) from where we were in minutes.”

What ensued was a terrifying search by police and military for the two fugitives through the scrub of northern Saskatchewan and Manitoba, culminating with the discovery of the teens’ bodies by the Nelson River, near Gillam, Man., on August 7, 2019.

They were determined to have died by suicide, from gunshot wounds.

While the death of the murder suspects brought relief for many, it did not bring closure to the victims’ families, police or many Canadians.

“We can’t ask the questions that we would like to have their answers to,” Shoihet notes about finding the suspects dead. “We never did find out what the motives for these crimes were, and that’s a question that’s always going to linger in our investigators’ heads as well.”