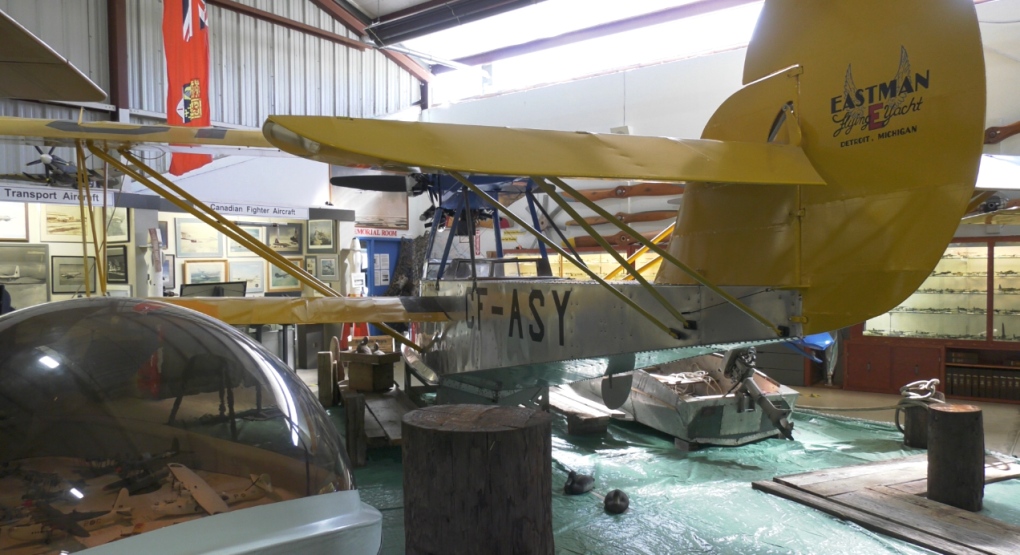 Sea Rovers built were flown in B.C. during the 1930s and 1940s to transport miners and their equipment to remote lakes throughout the province. (CTV News)

VICTORIA -- Flying over the northern reaches of the province almost a century ago, the Eastman E-2 ‘Sea Rover’ played a key role in B.C. mining exploration.

Designed and built by Jim Eastman and Tom Towle in Detroit in 1929, the flying boat on display at the BC Aviation Museum in Sidney is the only plane remaining of the 18 aircraft manufactured.

“This is the only survivor and so as a consequence it represents the early bush plane era,” said BC Aviation Museum librarian Doug Rollins. “These are the aircraft that really blazed the trail.”

Five of the 18 Sea Rovers built were flown in B.C. during the 1930s and 1940s to transport miners and their equipment to remote lakes throughout the province.

“It was designed for casual use and not as a bush plane, but because it could land on water it was used as a bush plane,” said Rollins. “They were a docile aircraft, they weren’t that fast and it was an extremely rugged and forgiving aircraft.”

The Eastman E-2 in the museum collection was acquired soon after the museum was established in 1988.

Two Sea Rover hulls were found abandoned in Eastman’s hometown of Atlin, B.C. At first the museum was unable to identify what type of plane it was.

“We spent six months trying to figure out what this airplane was,” said Rollins. “We sent photographs of the plane to the Smithsonian Institute in Washington and they’re the ones who said, ‘Congratulations, you’ve got the world’s only Eastman E-2 Sea Rover.”

Further research into the two recovered hulls determined that one was the fuselage of Jim Eastman’s personal aircraft that had sat derelict since his death in Atlin in 1945. 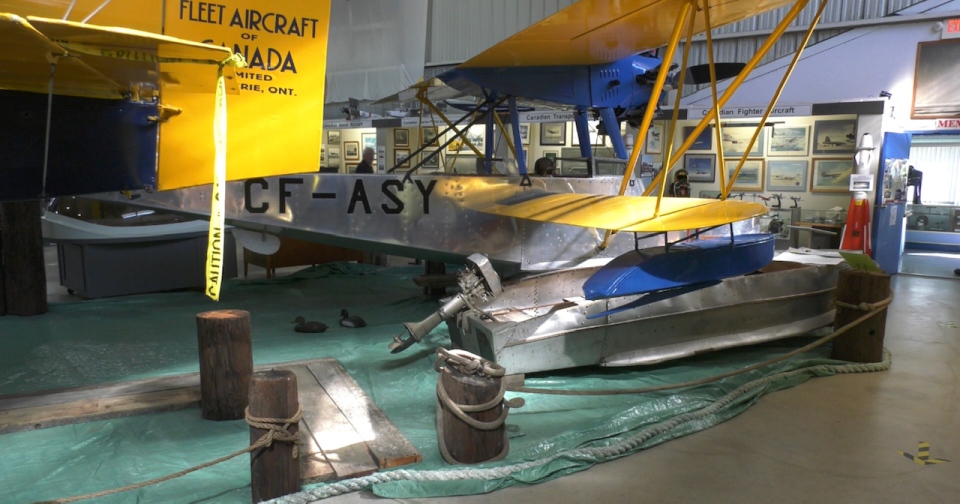 The Sea Rover is pictured next to the second recovered hull that had been repurposed for a boat.

Eastman had settled in Atlin after the Detroit-based aircraft company failed during the Great Depression. He was seen flying the sea plane he designed above the northwestern B.C. settlement and as far away as Whitehorse, Yukon as he pursued his mining interests.

“We said, ‘We must have this for our collection so where can we find any remaining parts?” said Rollins. “So we scrounged around the Atlin area."

From the plane’s control column found at a “flea market” in Victoria to the propeller located in Duncan, the Sea Rover in the aviation museum collection was assembled from a collection of parts found scattered around the province.

“It took many years because of the need to find as many pieces of the plane that we could and to fabricate the ones that were missing,” said Rollins. “Its extremely valuable and unique in all of the world.”

Restoration of the lone surviving Sea Rover was completed in 1995. It has been displayed in what Rollins noted is “pride of place” at the BC Aviation Museum since 2000.

More information on the Sea Rover is available on the museum's website.