One arrested after man sexually assaulted at Thetis Lake 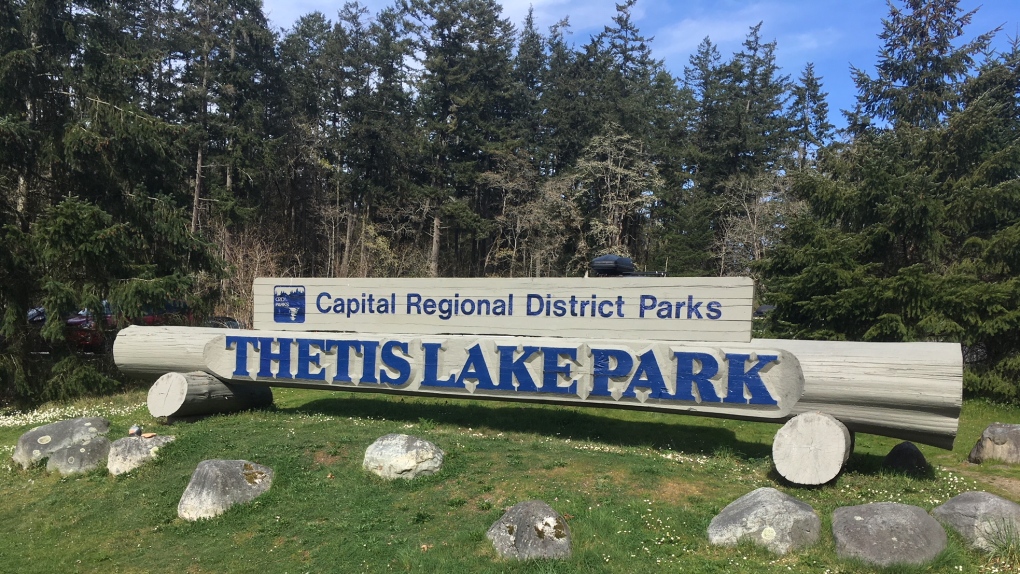 Police identified the suspect and arrested him for sexual assault. (CTV Vancouver Island)

Police have arrested a suspect after a man was sexually assaulted at Thetis Lake Park in View Royal Monday.

West Shore RCMP were called at approximately 7:20 p.m. by a man who was out for a jog on a trail around the lake.

He reported another man on the trail approached him. When the victim moved over so the other man could pass, the suspect grabbed the man’s genitals and walked away, according to police.

“This is a disturbing crime,” the RCMP said in a news release Tuesday.

“The victim was obviously in shock but was able to record the suspect on his cell phone as he was walking away.”

Using the recording, police identified the suspect and arrested him for sexual assault.