On the chopping block: Qualicum Beach may ban backyard chickens 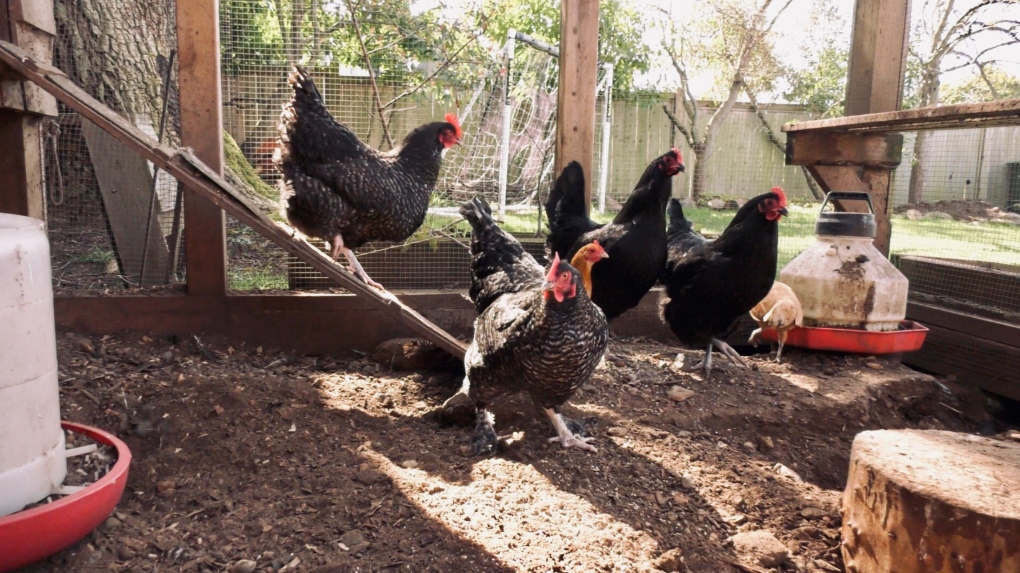 VICTORIA -- A three-year pilot project which allows homeowners in Qualicum Beach, Vancouver Island, to have a maximum of six chickens in their backyard may be coming to an end.

At the town's last council meeting, Qualicum Beach council unanimously voted against continuing the program, saying that the chickens attract rats and raccoons.

However, since the decision was made, Qualicum Beach Mayor Brain Wiese has said that he will be bringing back a motion to reconsider the decision at a future council meeting.

“I don’t want to have this shotgun approach and ditch the program if there is only one or two people that are possibly causing issues,” said Wiese.

There have been 17 permits issued for households to have backyard chickens in Qualicum Beach. Of those households, the mayor says only a couple have been of concern.

“There are few problem issues out of the 17. I was always taught to deal with the issue not the group,” said Wiese.

He wants to bring up the motion to reconsider once the upcoming byelection is done. The byelection is needed to elect a new councillor to replace Adam Walker, who departed his seat after being elected MLA for Parksville-Qualicum in the last provincial election.