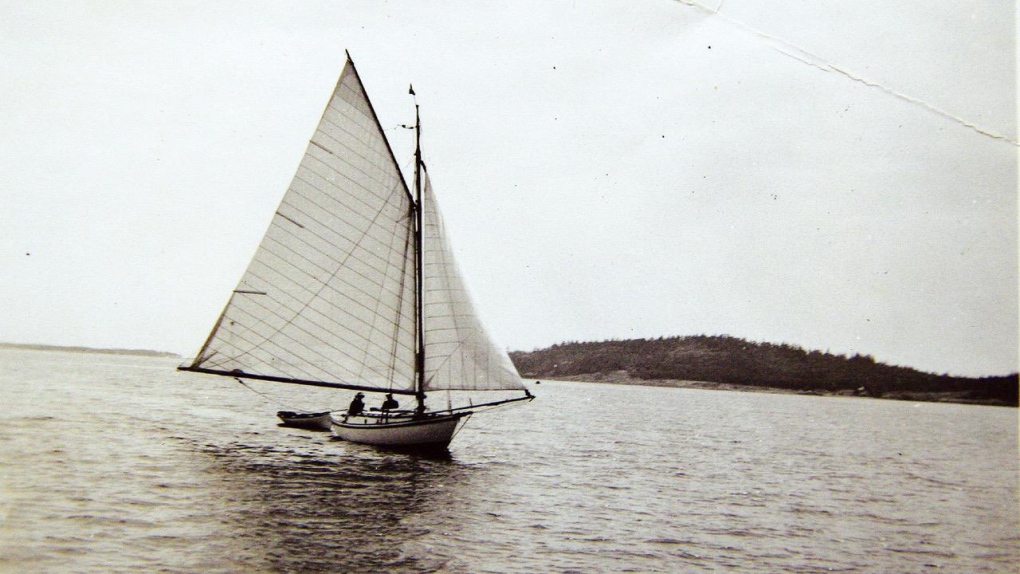 The nine-metre sailboat Dorothy is shown in 1910 headed towards Ganges on Salt Spring Island, B.C. (BC Ferries)

A 125-year-old sailboat is set to return to the waters of British Columbia after being landlocked for more than 20 years.

According to BC Ferries, the nine-metre long sailboat (30ft), named Dorothy, was first built in 1897 by shipbuilder John H. Robinson for the round sum of $1,800.

BC Ferries describes Dorothy as the "oldest sailboat in Canada," while the Maritime Museum of B.C. credits the ship with being the oldest sailing yacht in all of North America's Pacific Northwest.

Dorothy has many accolades to her name, according to BC Ferries, including being the winner of the Queen Victoria birthday regatta in 1900.

Over the past 125 years, the sailboat has had nearly a dozen owners, including the ship's first owner, W.H. Langley, who swore he saw a sea monster dubbed the "Cadborosaurus."

A sworn affidavit by Langley saying he saw the sea monster is still housed at the Maritime Museum of B.C., and marks the first official sighting of the creature.

'A LOT OF GOOD YEARS AHEAD'

The museum acquired Dorothy in 1995, and in 2012 the ship was transported to Gabriola Island by BC Ferries to undergo repairs by shipbuilder Tony Grove.

"As I worked on Dorothy it became clear that she was 'overbuilt' to some extent which has factored into her longevity," Grove said in a release Monday.

"With the restoration work done and some regular maintenance, Dorothy should have a lot of good years ahead," he said. 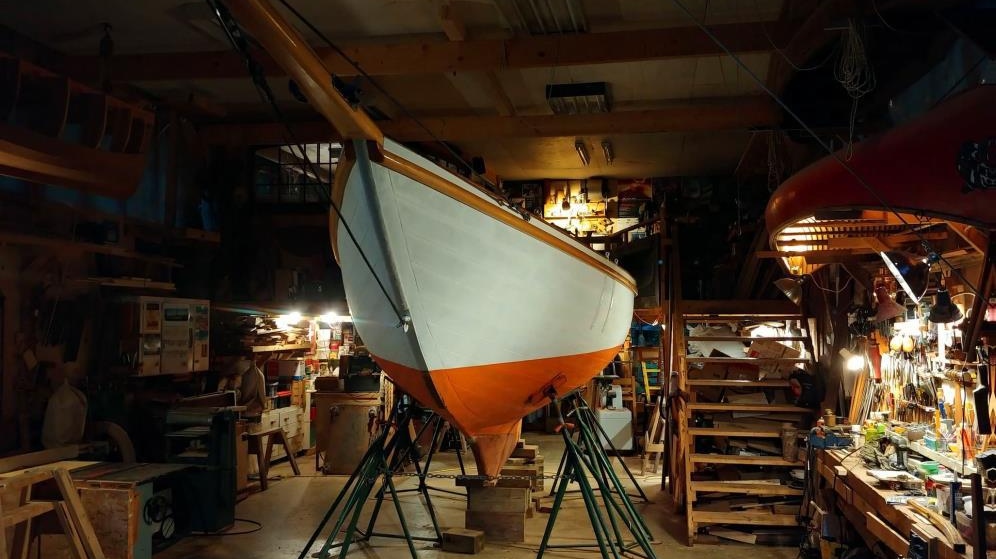 Dorothy is pictured inside Tony Grove’s workshop on Gabriola Island, B.C. (BC Ferries)

The shipbuilder had planned to hold onto the boat until the museum could find it a permanent home, but the search continues a decade later.

Now, BC Ferries has agreed to take the sailboat back from Gabriola Island to Ladysmith, B.C., where Dorothy will dock before setting sail once again.

"Dorothy hasn’t dipped her toe in the water in more than 20 years and will need a week at dock to allow her planks to expand before she can sail," said BC Ferries in a statement.

The Ladysmith Maritime Society will look after the sailboat until the Maritime Museum of B.C. can find Dorothy a permanent home.

The Victoria-based museum hopes to eventually store Dorothy in the city's inner harbour. There's also plans to have daytrips running on the oldest sailboat in Canada.

"Dorothy was the flagship of the Victoria Yacht Club and one of the very first yachts in the area," said Angus Matthews, a former owner of the ship and current board member for the Maritime Museum of B.C.

"She was beautiful and graceful, and moved like a rocket."

Transport Minister Omar Alghabra is testifying before the House of Commons transport committee this afternoon about ongoing airport delays and flight cancellations.

Prime Minister Justin Trudeau nominated Ontario judge Michelle O’Bonsawin to the Supreme Court of Canada on Friday. She is the first Indigenous person to be tapped to sit on Canada's top court and the appointment is being celebrated as filling an important role at the highest level of the country's justice system.

Nunavut's acting minister of community and government services says the territory has declared a state of emergency in Iqaluit to ensure the city can begin replenishing its water reservoir without delay.