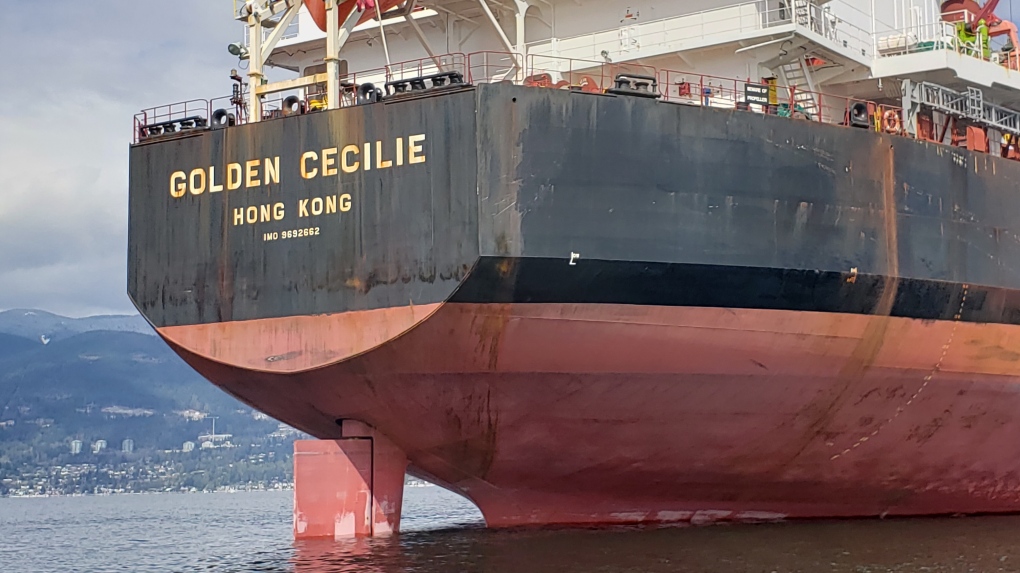 The Golden Cecilie is pictured in Vancouver's English Bay after the collision.

The freighter MV Golden Cecilie is believed to have dragged its anchor on March 30 and collided with the MV Green K-Max 1. The vessels' anchors then became tangled.

The federal department says is investigated the collision and deemed both vessels sea worthy and able to continue operations. 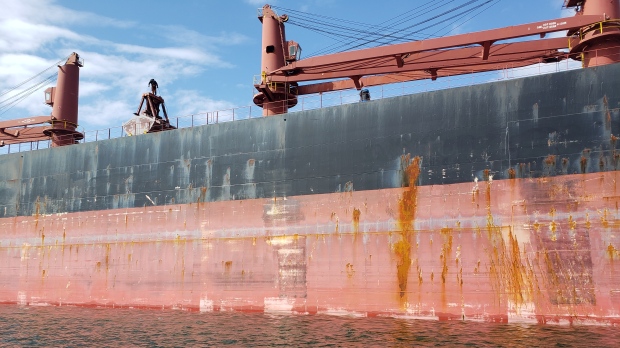 Representatives with Islands Trust, a coalition of B.C. Gulf Island governments, say they want further action taken to prevent such collisions in the future.

A spokesperson for Islands Trust says the collision could have been disastrous. 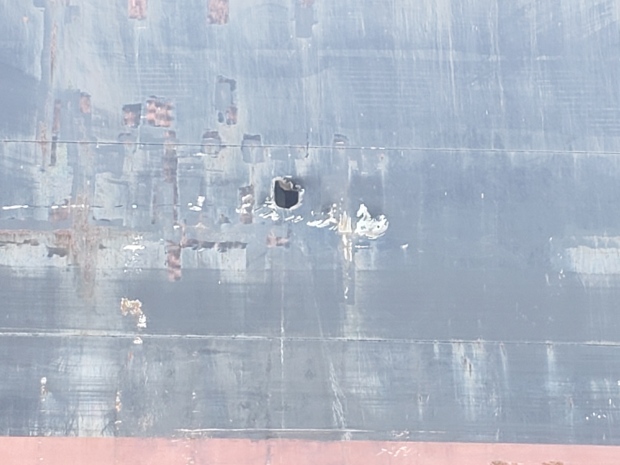 Damage can be seen on the side of the vessel. It is unclear if the damage was caused by the collision on March 30.