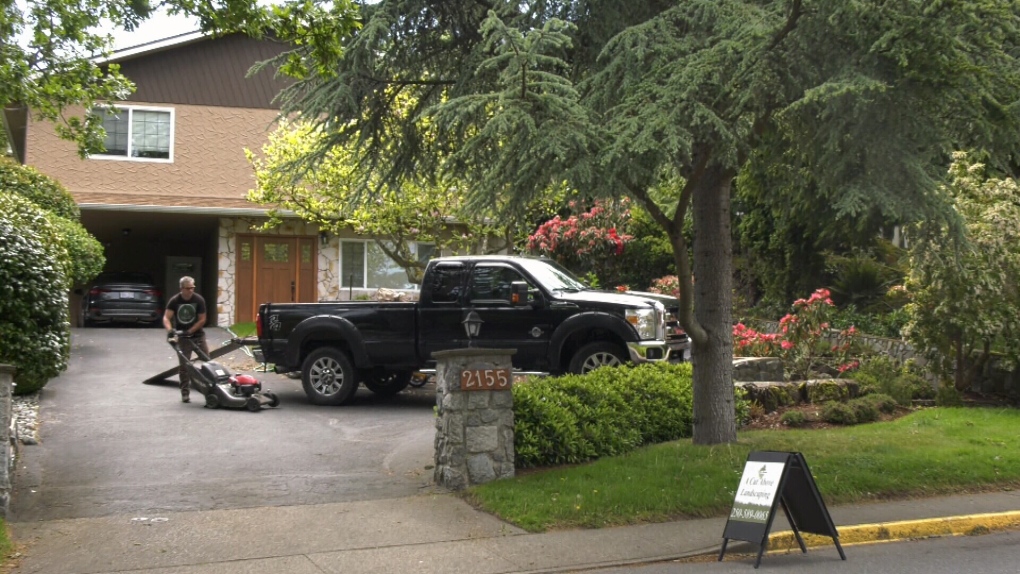 In a move to combat noise pollution and greenhouse gasses, the District of Oak Bay is banning all gas-powered landscaping equipment. (CTV)

In a move to combat noise pollution and greenhouse gasses, the District of Oak Bay is banning all gas-powered landscaping equipment.

After years of debate, councilors voted unanimously in favour of the ban, which applies to leaf blowers, lawnmowers, chainsaws and other gas-powered garden tools.

Landscaping companies and residential users will have three years to phase out their gas-powered gear.

"Most of these are small engines, or two-stroke or modified two-stroke, and so they put pout a lot of fumes," said Oak Bay Mayor Kevin Murdoch.

"Those include a ton of carcinogenic, unburned fuel, out into the environment again, so it’s just generally bad stuff."

Chris Ruggles, owner of A Cut Above Landscaping, started using an electric leaf blower a couple years ago. He says batteries are expensive and don't last as long as he would like, but he still supports the move.

"I like electric everything because you can just put it anywhere and you don’t have to worry about oil changes or mechanicals about it. Also, you don’t hear as much. It’s like, three times less noise, and you don't have gas blowing in your face the whole time," said Ruggles.

"All around it’s just a better way of doing things."

Oak Bay's mayor acknowledges there are challenges with battery power and cost, but he says councilors voted on a three-year phase out period with hopes that the technology will catch up with demand.

In the fall, when leaves are really heavy and wet and you need to run on things for seven or eight hours a day, the battery technology, the engine technology isn't quite there yet, but it's coming very quickly," said Murdoch.

"This time frame allows for the phase-in of those, mostly for the commercial use."

A report from municipal staff to council is expected in the coming month. It will outline details and recommendations for the new bylaw, and plans for education and enforcement.