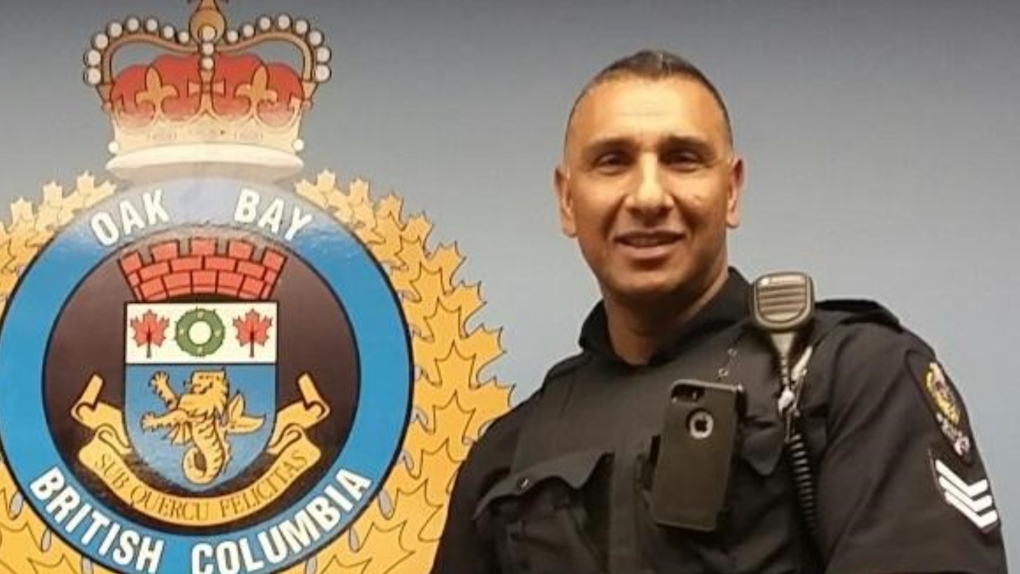 Sgt. Davindar Dalep was placed under a court-ordered peace bond and has been put on non-uniform administrative duty by the Oak Bay Police Department. (Twitter)