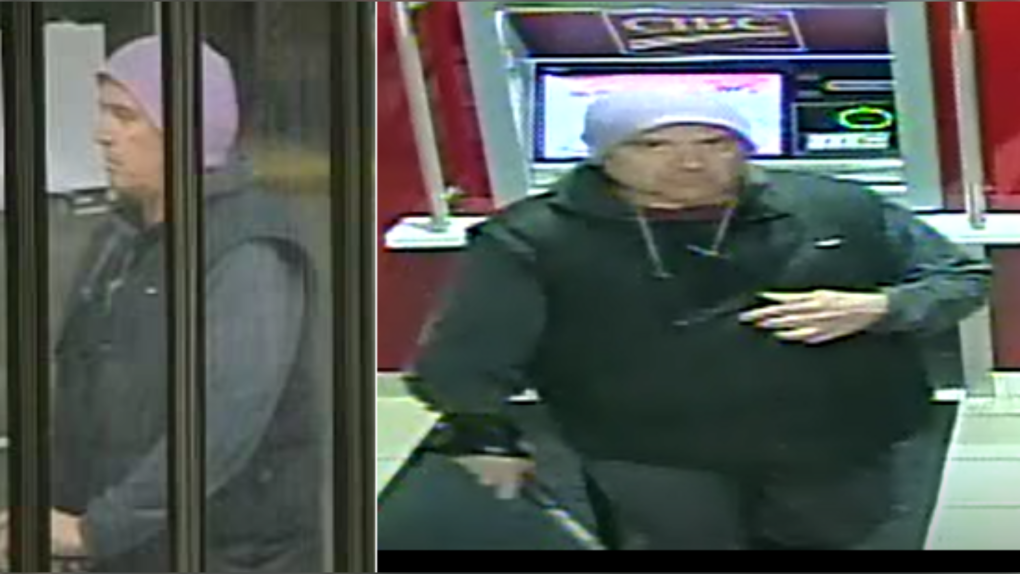 Police have released photos of a man who smashed ATMs with a hammer at two different banks on Vancouver Island last week.

According to Oak Bay police, the incident occurred on Wednesday, Sept. 1, around 11:30 p.m.

The man walked into two different banks, smashed the ATMs, then left, police said, adding that he appears to have made similar attacks on other ATMs in the region.