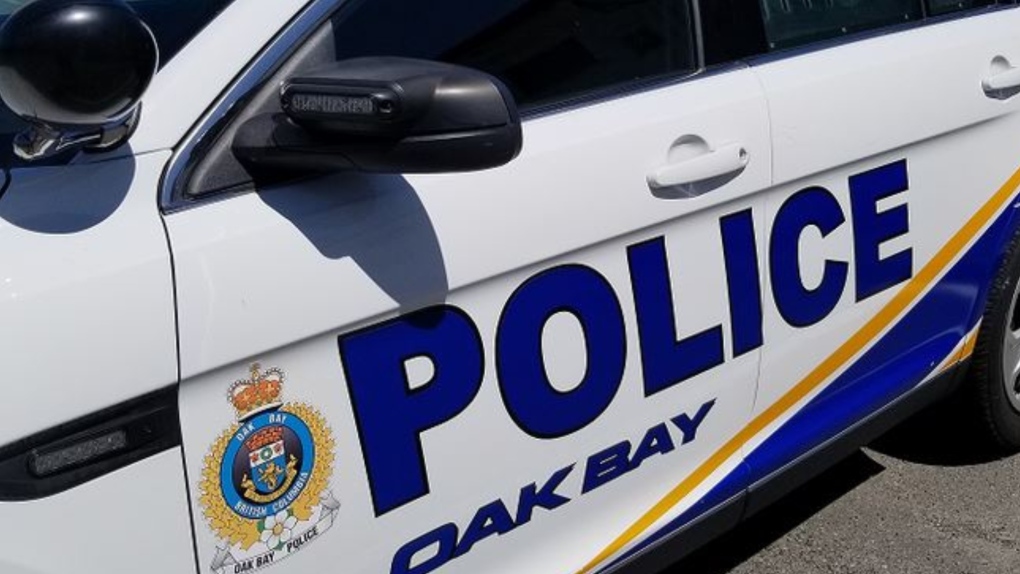 Oak Bay police spokesperson Ray Bernoties says the officer responded alone to the beach at McNeil Bay for a complaint of a loud party. (File photo)

VICTORIA -- An Oak Bay police officer was injured during an arrest on the beach Saturday, according to police.

Oak Bay police spokesperson Ray Bernoties says the officer responded alone to the beach at McNeil Bay for a complaint of a loud party.

"He approached a small group of teenagers and they were informed the party was over," Bernoties said Monday. "Several were smoking pot and consuming liquor."

While most of the youths left the beach, Bernoties said a few starting taunting police, yelling "Fu** the Blue."

Police say one of the young partiers was very agitated and continued yelling at the officer.

"He was approx[imately] 230 lbs. and tried to avoid being arrested, during which our member was injured," the Oak Bay police spokesperson said.

"It wasn't an assault on our officer but the youth did sort of obstruct by trying to get away," Bernoties said in an interview. "Our officer ended up with a swollen knee and some bleeding on his hands."

The youth was apprehended, issued a ticket and turned over to his mother, according to police.

In a social media post, the Oak Bay Police Department said the officer was bruised and scratched during the incident and said anti-police "rhetoric is more common lately."

Last nt, while breaking up an #OakBay party of youths who were drinking/yelling, a member was injured. Some were yelling "Fu** the Blue!" repeatedly at him. He was there alone.This rehetoric is more common lately. Our mbr called for back up. He's fine but bruised & scratched. pic.twitter.com/0KRNaVMGEO