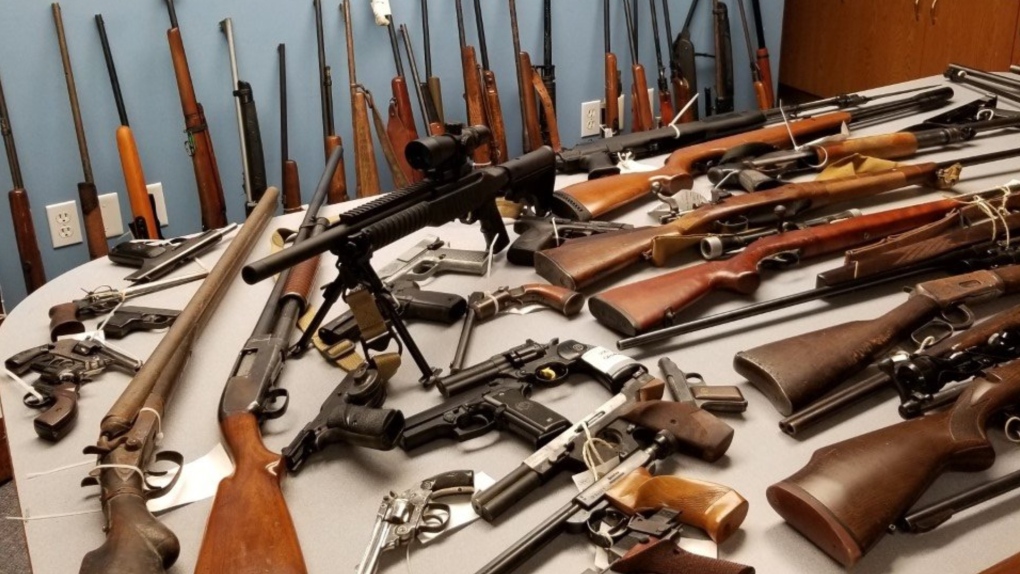 A collection of nearly 70 firearms that were destroyed Tuesday are pictured: (Oak Bay police / Twitter)

According to Oak Bay police Sgt. Rob Smith, the guns were collected over the course of 2018 and 2019 through a federal firearm program that promises to collect guns, no questions asked, for destruction.

"Every so often we advertise a gun amnesty through the federal government," says Smith. "It usually reminds people to have a look through their closets and basement and figure out what they've got that they don't want to have around anymore."

Smith says that most of the weapons that the police department collects are from gun owners who inherited firearms or who no longer use their guns and do not want to see them fall into the wrong hands.

"A lot of them just come to us because somebody's hunting days are over and they're worried that if their home is broken into and their guns are taken, they'd feel really bad about that so they bring them to us and we get them destroyed," says Smith.

While the majority of firearms that the department receives are old hunting rifles or family heirlooms, Smith notes that a number of rare or eyebrow-raising weapons are always collected through the amnesty program.

"There's some assault rifles, a sawed-off shotgun, some of those older, older pistols, sort of WWII relics," says Smith. "The older ones, the more interesting ones, we try to find a home for in a collection somewhere, whether it's the Royal BC Museum or different gunsmith places."

Smith says that in this haul, a pair of old flintlock pistols which appeared to date back to the late 1800's were received.

"I've never seen anything like those dueling pistols," says Smith. "1871 is the date on them I think." 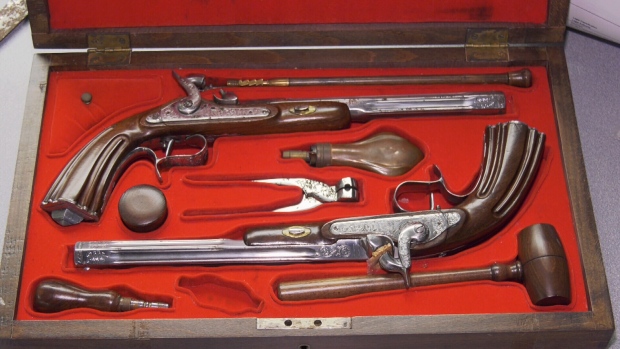 Smith adds that most years, Oak Bay police receives some historic or finely-crafted firearm. "Two or three years ago I got rid of a beautiful 1800's double-barreled shotgun with all of the markings still beautifully intact."

"The museum was happy to take it but they can only take so much," explains Smith. "They've only got so much storage space so anything they do take has to have a pretty solid history behind it in order to catch their interest. At the end of the day we have an obligation to get them off the street and put them away somewhere safe, so if we can't convince the museum or some place to take them they get destroyed as well."

Unfortunately, according to experts, the pair of dueling pistols were determined to be replicas, and not made over two centuries ago. Oak Bay police now say that the two guns will be added to the next scheduled destruction order.

In total, 69 firearms were broken down on Tuesday. The process included cutting up all the weapons into pieces and then compressing them into a metal block.