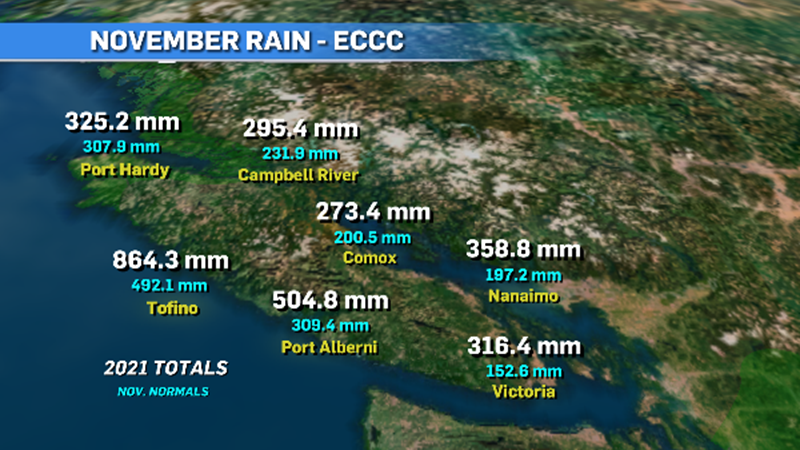 The West Coast storm season has begun, and it did so with a bang – or rather, a wet wallop.

Dolly Parton once said, "The way I see it, if you want the rainbow, you gotta put up with the rain." Well, Dolly, we put up with a lot of rain and we’ll take all the rainbows we can get here in B.C.

November took a turn in the middle of the month when a monster storm dropped too much moisture on British Columbia, leading to flooding, mudslides, washed away roads and drowned farms.

From Saturday, Nov. 13, to Monday, Nov. 15, five spots in British Columbia received over 200 millimetres of rain, with Hope being the leader at an astounding 252 millimetres.

By now, everyone in the province knows the damage that was done and the lives that were impacted negatively. After that huge event we watched as a series of three more atmospheric rivers were lined up in the Pacific, all waiting to take their turn to dump even more water on B.C.

In a more typical year, the West Coast will see eight to 10 atmospheric rivers. This year, we saw four in the back half of November alone.

The series of storms led to large rainfall totals for the month. 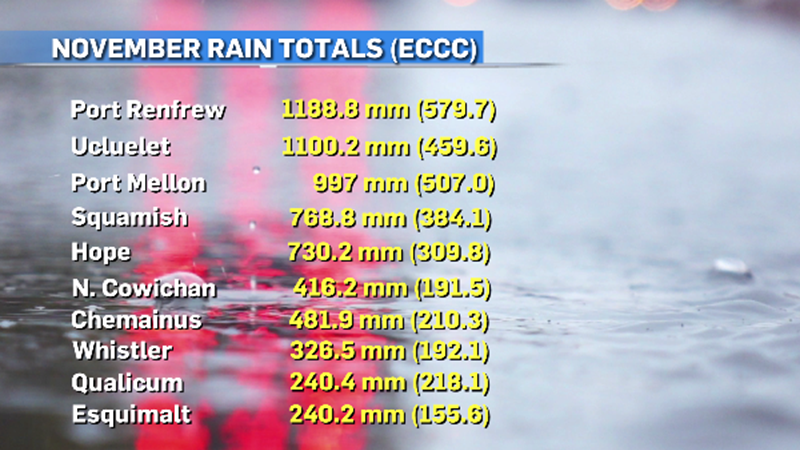 While many people weren’t familiar with the term "atmospheric river," or AR, before this year, it’s not new. It’s been used since the 1990's when more research and attention started being given to the weather phenomenon.

ARs are fed by the tropics with moisture and warm air that moves into the northwest Pacific Ocean, which is also pumping moisture into the atmosphere.

Everything collides and turns into a river in the sky and when that river makes landfall, the rain falls.

An atmospheric river is full of moister and warm air, and we’ve really seen that with the last AR that arrived in B.C., as we’ve set daily record-high temperatures a couple of times this week.

The temperatures peaked on Dec. 1 when Penticton tied an all-time record in Canada hitting 22.5 C on the first day of the month. The previous record was set in Hamilton, Ontario back in 1982.

Even on Vancouver Island, the Malahat area broke a record, just barely, on Wednesday with a temperature of 10.5 C. The old record was 10.0 degrees set in 1988. 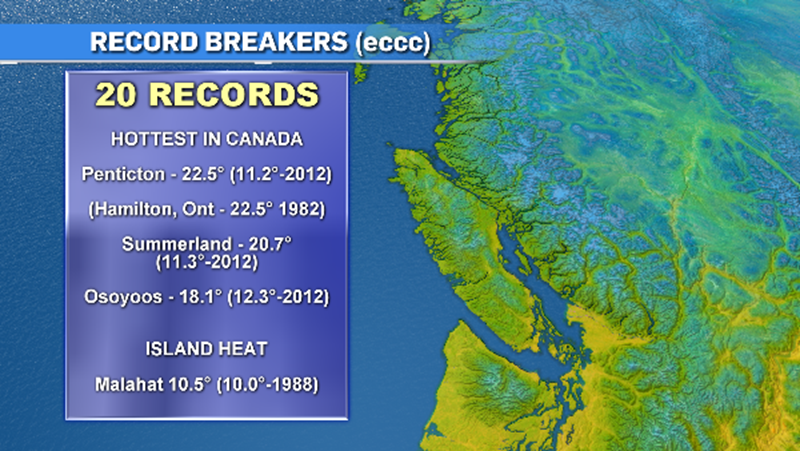 While it’s nice to have a balmy day to start off December, it’s also a problem as that warm air can melt already fallen snow in high elevations, and that runoff can contribute to more mudslides, flooding and overflowing rivers and streams.

With barely any breaks in between these systems, our ground is at capacity for taking in water. B.C. is over-saturated and even though we’ll see more typical weather and rain for the next while, every rain day will be concerning.

Even a little rain could potentially cause issues in those areas already hit so hard. Waters will recede and we will continue to help each other rebuild our lives, but it won’t be a very relaxing winter as we’ll have to pay close attention to what’s coming our way next.

If only we’d get the rainbows without the rain for the rest of the season.