From July 14 to July 17, roughly 1,200 collector vehicles from across the world will be on the streets of Victoria for the four-day event.

The classic cars, all built before 1952, will arrive on Thursday, with events and drive-bys scheduled to take place around Greater Victoria on Friday and Saturday.

The main showcase in Victoria's Inner Harbour will kick off on Sunday, July 17.

During the last show in 2019, two full sailings of the MV Coho were booked by classic car owners and enthusiasts, bringing with them a roughly $2 million surge to the local economy, according to Destination Greater Victoria.

The stars of the show are the titular "Deuces," which are 1932 Ford Coupes, affectionately nicknamed "Deuces" due to the two in the year that they were made. 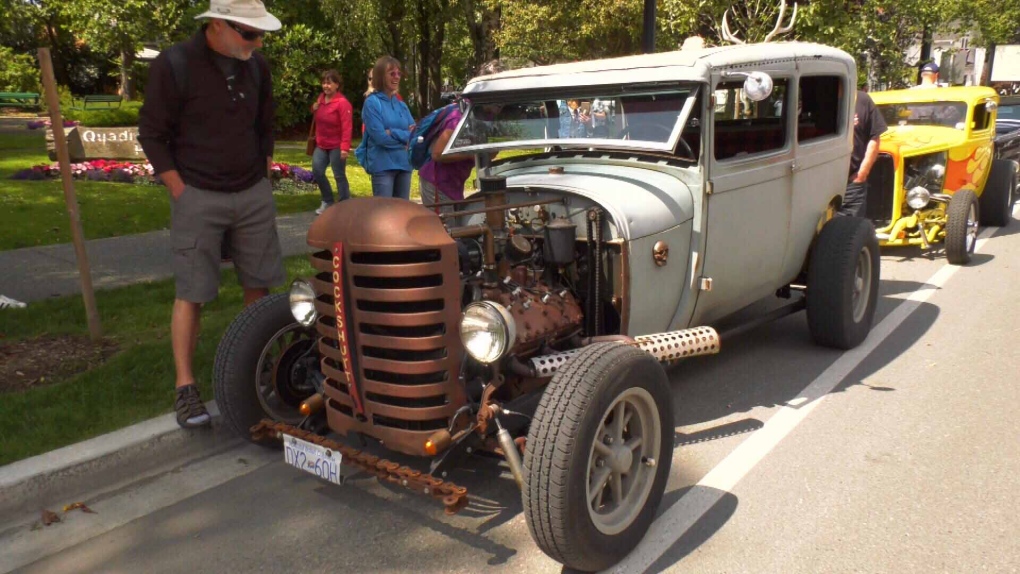 Thousands of vintage cars are back in Victoria for a popular event that's only held once every three years – Northwest Deuce Days. July 18, 2019. (CTV Vancouver Island)

For the first time ever, Northwest Deuce Days will be hosted by Destination Greater Victoria.

The tourism group took over the event from founder Al Clark, who said last year that the event was becoming too sprawling and expensive for him to lead.

"Northwest Deuce Days has been a labour of love," said Clark in a statement in 2021.

"This is a good time for me to take a step back knowing that the spirit of the event, that was founded in friendships and shared passion for these iconic cars, lives on," he said.

American actor Anne Heche will be taken of life support on Sunday, nine days after suffering severe injuries in a fiery car crash, as a compatible person was found to receive her donated organs, a spokesperson said.

A new study is offering a dire prediction for the U.S. state of California, where scientists say catastrophic flooding could become twice as likely in the future due to the effects of climate change.

Norway puts down Freya the walrus that drew Oslo crowds

Authorities in Norway said Sunday they have euthanized a walrus that had drawn crowds of spectators in the Oslo Fjord after concluding that it posed a risk to humans.

Pennsylvania state police say a man who was upset about an argument with his mother drove through a crowd at a fundraiser for victims of a recent deadly house fire, killing one person at the event and injuring 17 others, then returned home and beat his mother to death.

Antarctica ice melt is accelerating, and research says an overlooked coastal current is to blame

A new study suggests that Antarctica’s ice shelves may be melting faster than previously believed, which is causing sea levels to rise at a more rapid pace and accelerating the dangers of climate change.