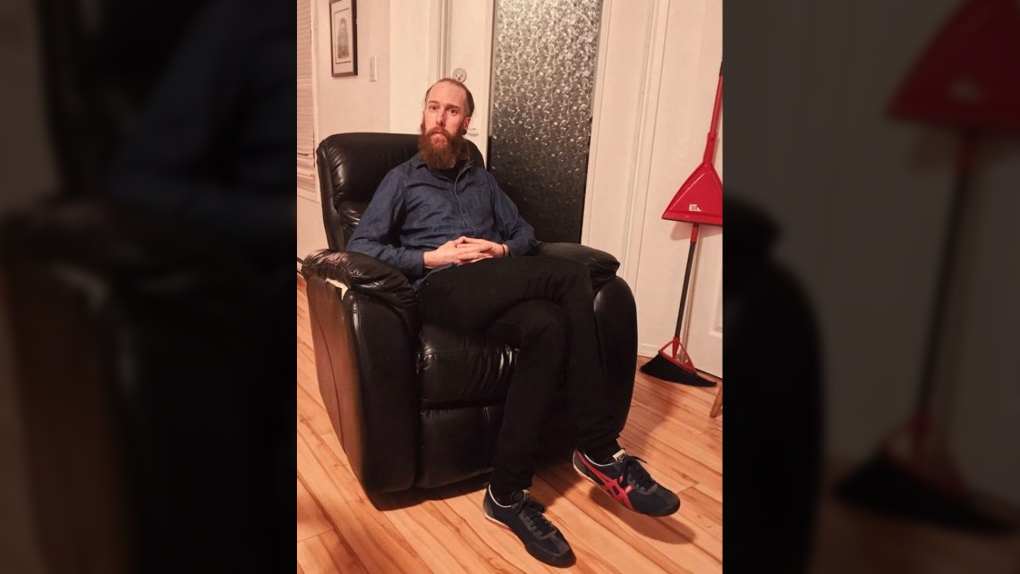 Zoltan Szoges launched the trade-only Facebook group after he posted a recliner for sale and someone referred to his picture as 'creepy.'

These aren’t your typical transactions.

A bagpiper in exchange for men’s face products. Homegrown pea shoots for a round kitchen table. Cooking magazines for a home-cooked meal. That’s just a taste of some of the proposed trades being offered on one of Victoria’s newest Facebook groups.

In less than a week more than 1,200 people have joined, "THIS FOR THAT: A Victoria, BC Trade Only Group," an online group where users exchange goods for services. The only rule? No cash allowed.

The group was launched after its creator, Zoltan Szoges, tried to sell a leather recliner on another Victoria Facebook buy/sell page. His post was like any other used furniture post except for the fact it included a photo of a deadpan Szoges, who admits he’s a little off kilter, sitting in the recliner.

According to Szoges, "The post got no attention until someone commented ‘creepy looking guy.’"

Szoges responded to the comment, explaining how he wasn’t going to react negatively. Instead he asked the person who commented to join him for a coffee or beer so that they could get to know one another.

"People apparently loved my response. They also loved the idea that I was trading the recliner away, instead of selling it," Szoges says.

He admits the group is nothing new. Similar groups exist around the world where people meet to trade everything from furniture and artwork to clothing and manual labour. Anything can be traded as long as no money is exchanged.

In just a few days the group has already helped facilitate several trades including one member trading handmade soaps in exchange for a loaf of sourdough and lentil soups. Another member traded tires for a dress for her eleven-year-old. Another trade involved a women’s rain coat in exchange for someone digging a hole.

"It's kind of blowing my mind how much attention it's got. People have told me they've made new friends through the group already, made really great, mutually beneficial trades, and have been exposed to some great artisans, and creators as well," Szoges says. "All this because I posted a sort of weird photo of myself, and instead of getting offended at a comment that I could have taken as mean, I acted in grace, and gave someone the benefit of the doubt. What a wild chain reaction of events".

For now Szoges is the only one monitoring the site to ensure no one tries to trade for cash. He also scans the site frequently to ensure no one is providing monetary values of what they’re trying to trade. He says using the dollar sign isn’t allowed.

"The root here for me is community," he says. "Creating a space where people can interact in a kind thoughtful manner online."

As for the leather recliner he was trying to sell, Szoges says he ended up trading it to a stranger in exchange for a game of Dungeons & Dragons.

The two are planning to meet to play the popular role-playing game in the stranger’s basement and hang out.

"That’s the trade for me," Szoges says.