No injuries reported after house fire in Colwood, B.C.

No injuries reported after house fire in Colwood, B.C. 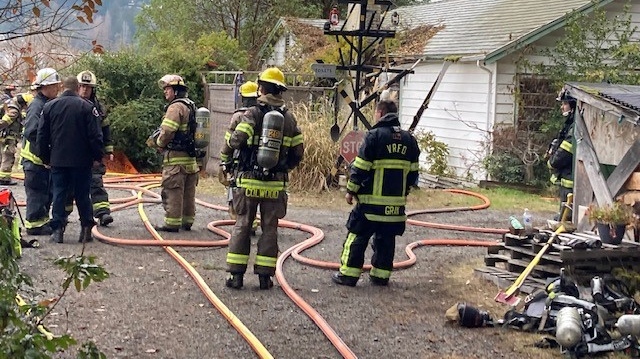 No one was home when the blaze broke out. Investigators are still assessing the cause of the fire. (CTV News)

No one was injured after a fire tore through a home in Colwood, B.C., on Monday.

Firefighters responded to a laneway home near the 3000-block of Metchosin Road just before 1 p.m.

Northbound traffic was diverted from the area as several fire trucks and police vehicles responded to the scene.

The fire appeared to have originated in a chimney before spreading to other parts of the home, according to Colwood assistant fire chief Greg Chow.

"We've been able to extinguish the fire at this point in time and we're just making sure all the hotspots are out," Chow told CTV News at the scene.

No one was home when the blaze broke out. Investigators are still assessing the cause of the fire.

Experts recommend cleaning out chimneys at least once a year or more, depending how often a wood-burning fireplace is used.