No injuries reported after driver crashes through Saanich business 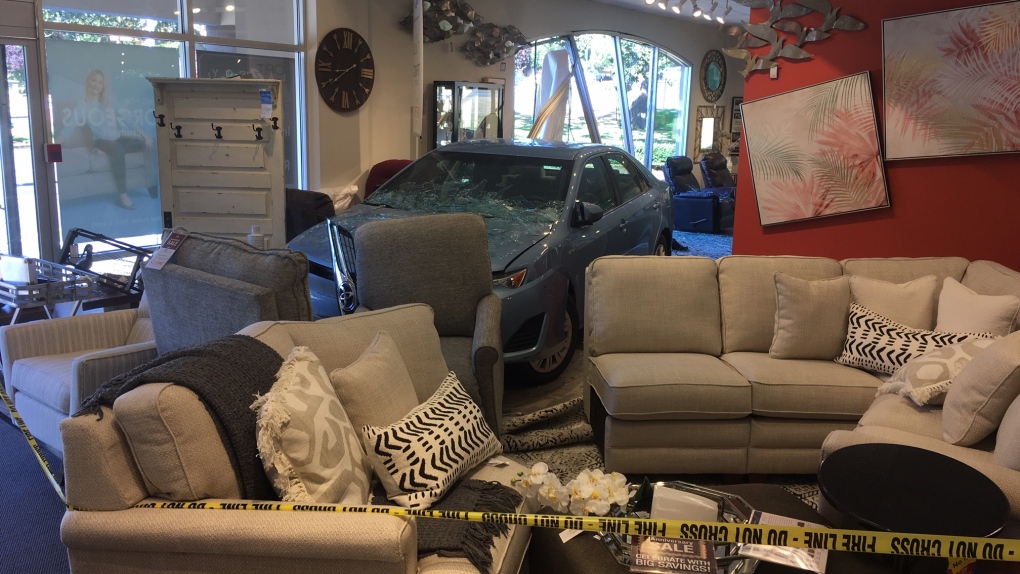 A driver burst through a window at the La-Z-Boy Furniture Galleries on Saanich Road on Wednesday afternoon: (CTV News)

VICTORIA -- No injuries have been reported after a driver smashed a car through a furniture showroom window on Wednesday afternoon.

The crash occurred at approximately 3:15 p.m. at the La-Z-Boy Furniture Galleries at 3501 Saanich Rd.

Saanich police say they are currently unsure of what caused the crash, though alcohol and drugs are not considered factors. The driver of the vehicle remained at the scene and told first responders that she was uninjured in the incident.

Meanwhile, no one inside of the store was hurt during the crash.

The manager of the furniture store told CTV News that all staff members were at the back of the business when the collision occurred.

The manager added that she was in the exact spot where the car drove through the building’s wall just 10 minutes before the crash took place.

Employees say that while they are shocked about what happened, they are glad that no one was hurt in the incident. 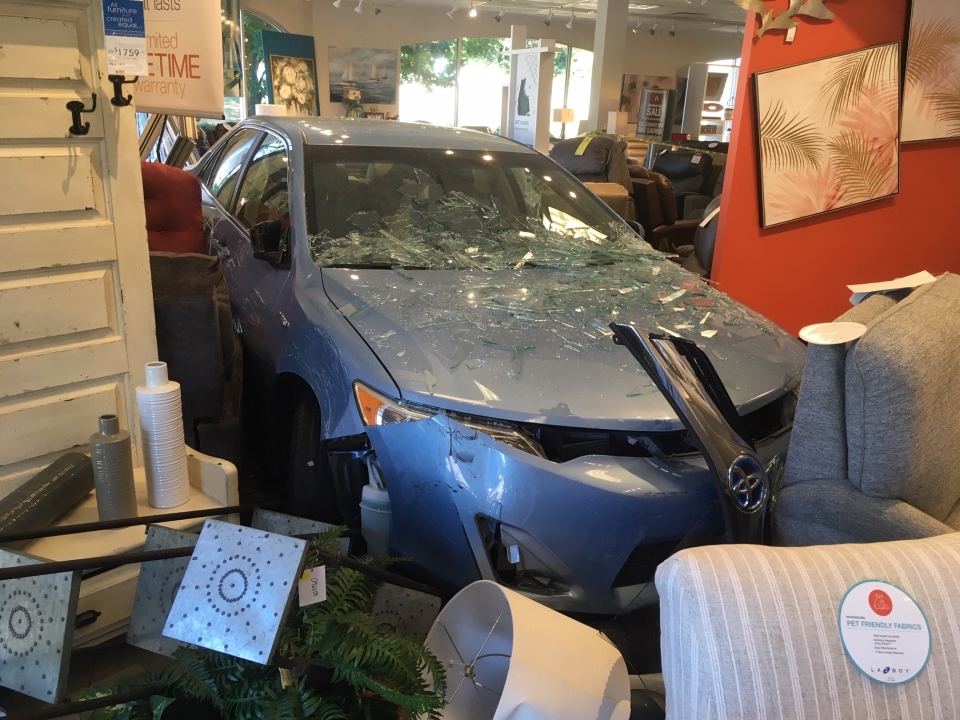