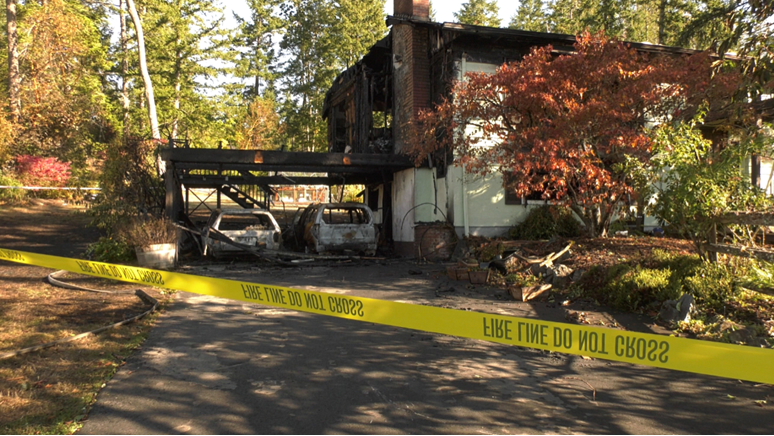 The fire spread from the carport to the home itself: (CTV News)
Victoria -

A couple was forced to flee when a fire destroyed their North Saanich home on Thursday night.

Firefighters were called to the residence in the 700-block of Aboyne Avenue just before 7 p.m.

When they arrived, flames could be seen leaping from the carport of the single-family home. 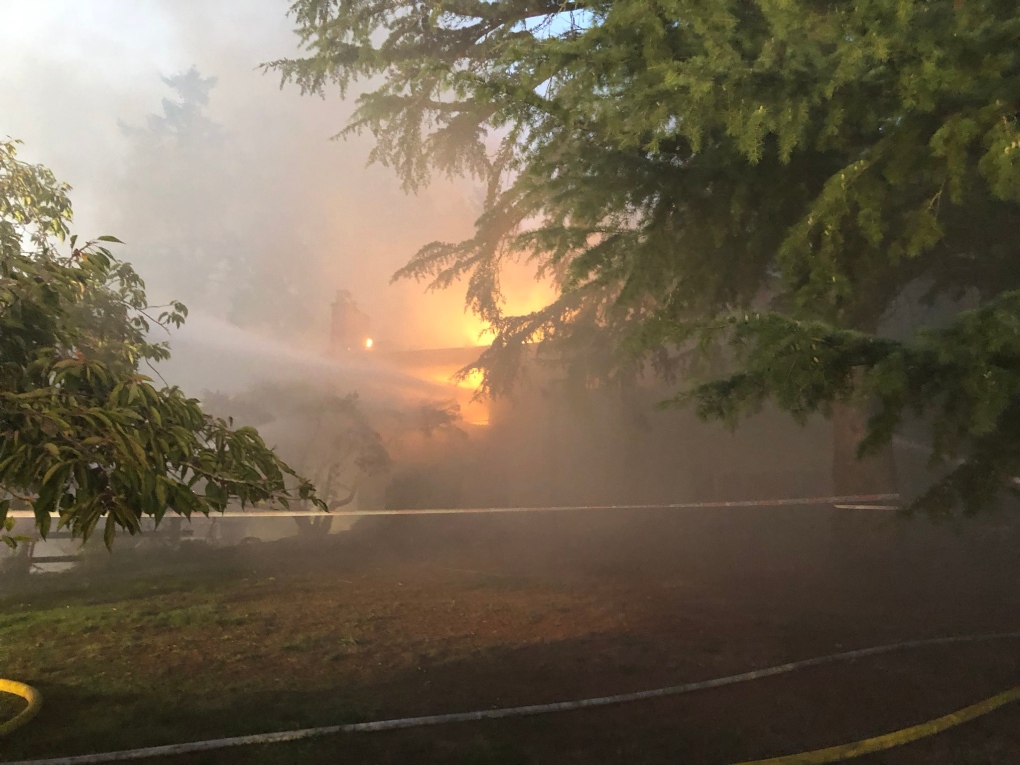 The fire quickly spread to the living area of the house and was so intense it caused the roof to collapse, firefighters say.

The North Saanich Fire Department, alongside crews from Sideny and Central Saanich, were able to extinguish the flames.

"Crews determined all occupants were out of the residence and safely accounted for," said Kary.

With their home a write-off, the couple is currently receiving assistance from Peninsula Emergency Social Services.

Authorities are investigating after confirming that a prop firearm discharged by actor Alec Baldwin, while producing and starring in a Western movie, killed the cinematographer and wounded the director.

Canadian Blood Services is working to update rules about who can donate and plans to submit a request to Health Canada later this year to abandon time-based requirements for gay and bisexual men.

The search resumes for unmarked graves, Canada quietly updates travel advisories, and new pandemic benefits are on the way. Here's what you need to know to start your day.