No injuries reported after car crashes through front of Victoria store 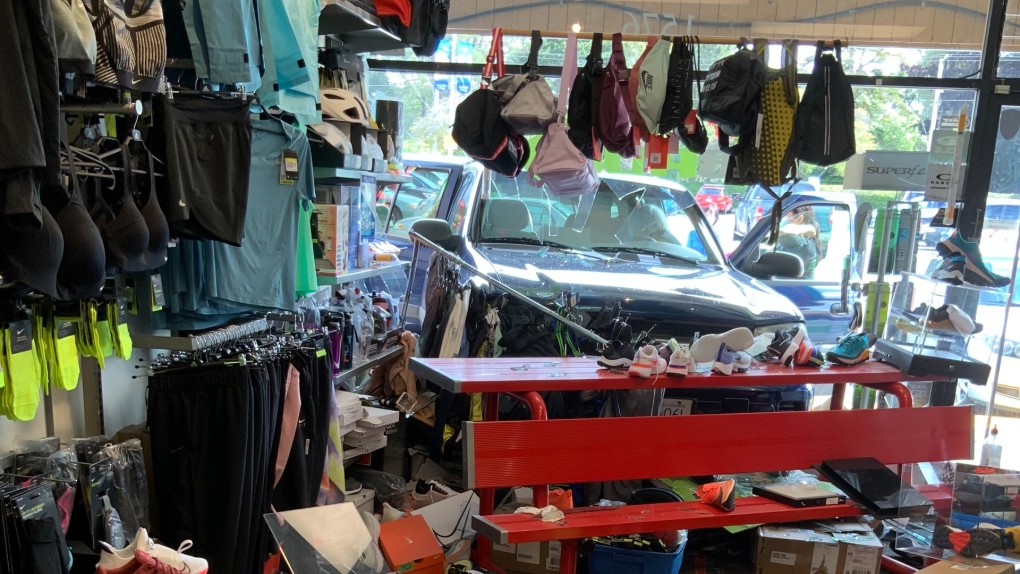 VICTORIA -- A Victoria business owner says no one was harmed after a vehicle crashed through the front windows of his store on Monday afternoon.

2:18 Run owner Phil Nicholls says he's shaken but uninjured after the car drove through his business in the Fairfield area.

Victoria police say the driver of the vehicle was the only occupant of the car. Police have confirmed that no one was injured and say the incident is under investigation.

The crash occurred in the Fairfield Village Shopping Centre in the 1500- block of Fairfield Road.