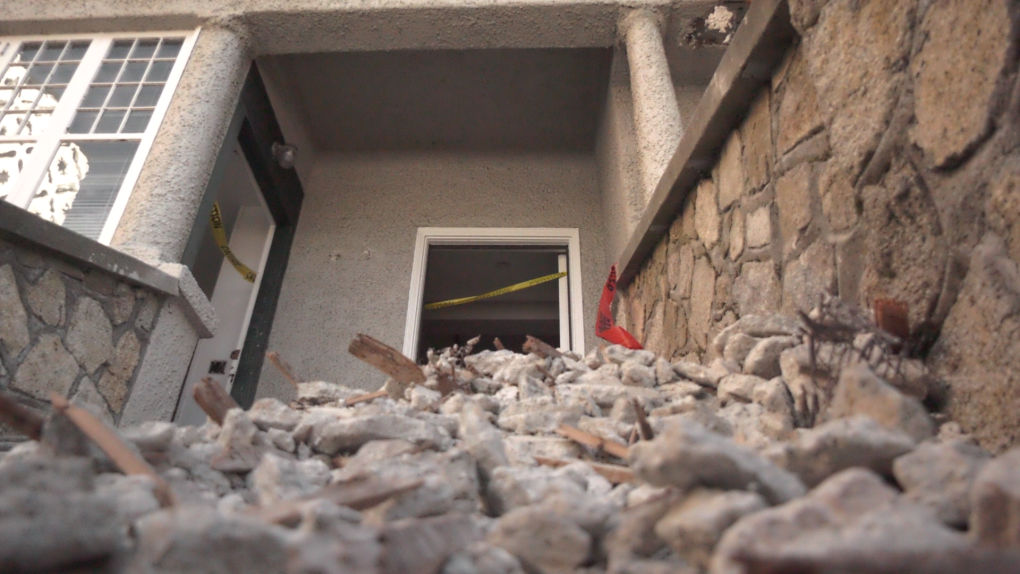 Victoria is developing a new bylaw that will help recycle and reuse building materials when they are demolished for construction: (Feb. 16, 2021)

VICTORIA -- Victoria has penned a new bylaw which will require buildings to be deconstructed, not demolished, in an effort to reduce construction waste in the municipality.

The city says that Victoria creates between 10,000 and 20,000 tonnes of waste through construction and demolition projects each year.

Beginning next year, old properties will need to be deconstructed, and not demolished, in order to divert waste away from landfills.

Deconstruction involves taking apart a building piece by piece, in the reverse order that it was built, according to the city. This allows crews to salvage materials as they deconstruct the property, which can include materials such as old growth lumber, which was commonly used in homes until the 1960s, according to the municipality.

"There are significant economic, social and environmental benefits to reusing salvaged building materials, all of which help Victoria to become a resilient community," said Victoria Mayor Lisa Helps in a release Friday.

"With our landfill filling up, lumber shortages sweeping across the country, and the economic impacts of COVID-19, we are taking advantage of the value in our existing resources and starting the shift to a circular economy," she said.

The city also cites research conducted in Metro Vancouver that found that deconstruction creates six to eight jobs for every one job that would have been required for regular demolition projects.

While the deconstruction method is more costly and time consuming than traditional demolition, the city says the increased job opportunities will help the region's economy recover from COVID-19.

"We dismantle buildings by hand, layer by layer," he said. "This practice keeps irreplaceable materials within the supply chain and creates more jobs for the community."

Earlier this year, Corneil told CTV News that Unbuilders was able to divert 95 per cent of waste away from landfills when deconstructing a home.

"If we took extra time, really 99 per cent of those materials could be diverted," he said at the time.